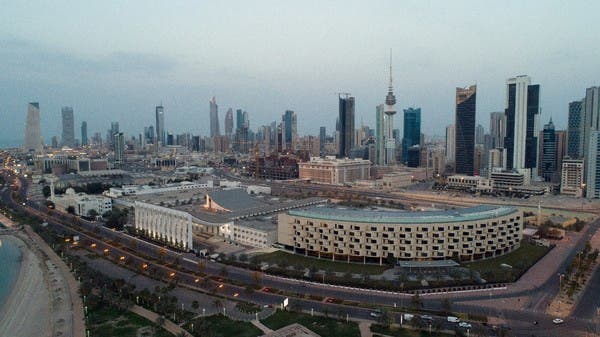 Kuwait has detected 345 coronavirus cases and 718 recoveries on Sunday, the country’s Ministry of Health reported.

Four deaths were reported by the health ministry on Sunday. The death toll rose to 601. 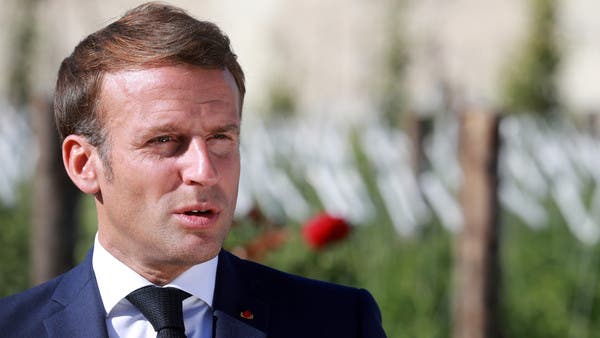 Nearly half of France’s Senate seats are up for grabs Sunday in an election that is likely to leave the chamber dominated by conservatives and serve a new electoral blow to President Emmanuel Macron’s centrist party.

The election is indirect, with senators chosen primarily by some 75,000 local elected officials like city councilors. They are voting for 172 of the 348 seats in the Senate, whose senators serve six-year terms.

The conservative Republicans party is expected to keep its majority, now at 143 seats.

Macron’s Republic on the Move party was created just four years ago and has 23 seats in the outgoing Senate. It has lost popularity since the last election in 2017 because of yellow vest protests against policies seen as favoring the rich, party infighting and voter disenchantment with Macron’s leadership, including its management of the coronavirus crisis.

The Greens party, meanwhile, enjoyed a boost in this year’s municipal elections thanks to growing public concern about climate change. It is hoping Sunday’s election gives it enough senators to form an official voting group in the upper house. The party currently has just four senators and needs 10 to form a group.

French Senate elections are held every three years, with part of the chamber replaced each time.
Macron’s party has struggled in recent elections, and the president has not announced whether he will seek a second term in 2022. The virus pandemic and resulting recession, along with years of protests, have jeopardized his grand plans to transform France’s economy to be more globally competitive and to reinvent European unity.

In the last few weeks, France has been struggling with a resurgence of the virus that has already killed over 31,600 of its citizens, one of Europe’s highest virus death tolls.

Macron’s party still controls the lower house of parliament, the National Assembly, which has the final say in legislation over the Senate. And the Republicans who dominate the Senate generally support Macron’s pro-business economic policies. 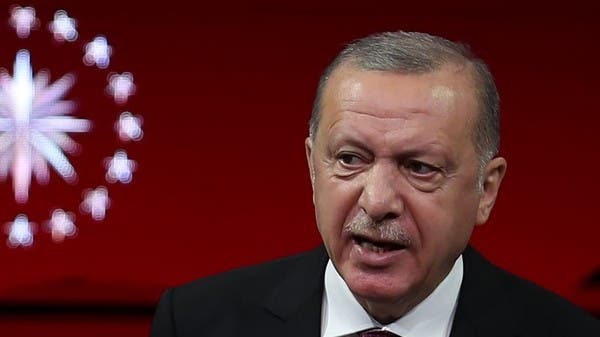 Turkish President Tayyip Erdogan on Sunday called on Armenia’s people to take hold of their future against “leadership that is dragging them to catastrophe and those using it like puppets”, following clashes between Armenian and Azeri forces over the breakaway region of Nagorno-Karabakh.

Armenia on Sunday declared martial law and mobilized its male population after the clashes. Turkey has condemned Armenia for what it said were provocations against Azerbaijan.

“While I call on the Armenian people to take hold of their future against their leadership that is dragging them to catastrophe and those using it like puppets, we also call on the the entire world to stand with Azerbaijan in their battle against invasion and cruelty,” Erdogan said on Twitter, adding that Turkey will “increasingly continue” its solidarity with Baku.

“We will support our Azerbaijani brothers with all our means in their fight to protect their territorial integrity,” added Turkish Defence Minister Hulusi Akar in a statement.

Turkey is a key ally of Baku with close cultural and linguistic ties with Azerbaijan.

Turkey says it will support Azerbaijan in clashes with Armenia 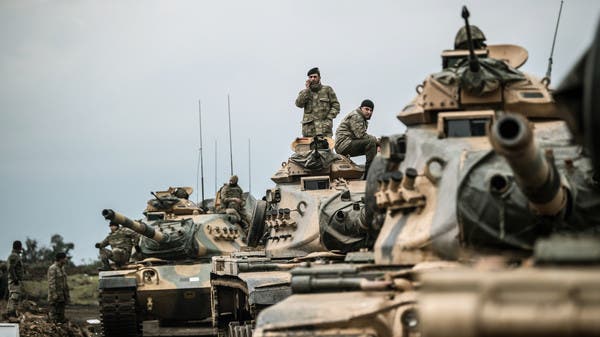 Turkey on Sunday vowed complete support for Baku and called on Armenia to give up its “aggression” after heavy fighting erupted in Azerbaijan’s breakaway region of Nagorny Karabakh.

“We will support our Azerbaijani brothers with all our means in their fight to protect their territorial integrity,” Turkish Defence Minister Hulusi Akar said in a statement.

The worst clashes since 2016 broke out on Sunday between arch-foes Azerbaijan and Armenia who have been locked for decades in a territorial dispute over Nagorny Karabakh.

Turkey is a key ally of Baku with close cultural and linguistic ties with Azerbaijan.

Ankara has no diplomatic relations with Yerevan due to a dispute over the mass killings of Armenians in the Ottoman Empire which Armenia says is a genocide.

“The greatest obstacle to peace and stability in the Caucasus is Armenia’s aggression, and it should give up this aggression which will throw the region into fire,” Akar said.

Turkish presidential spokesman Ibrahim Kalin “strongly” condemned the clashes and said Armenia “once again violated international law and (has) shown that it has no interest in peace and stability.”

He called on the international community to “say stop to this dangerous provocation” in a tweet.

“Azerbaijan is not alone. It has Turkey’s full support,” Kalin added.

The Turkish foreign ministry in a statement went further, promising: “However Azerbaijan wants, we will stand by Azerbaijan in that manner.” 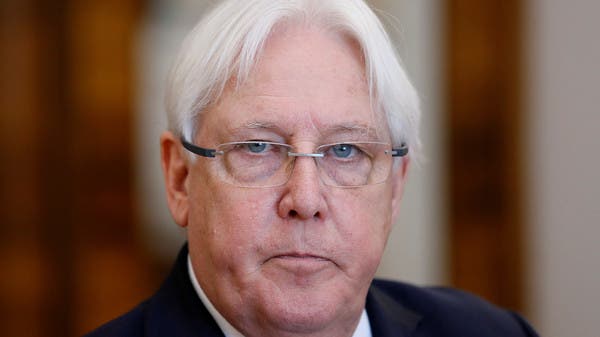 The Iran-backed Houthi group will release 400 government prisoners, including 15 Saudi Arabians and four Sudanese, while the internationally recognized government will free 681 Houthi fighters, sources familiar with the matter told Reuters.

“I urge the parties to move forward immediately with the release and to spare no effort in building upon this momentum to swiftly agree to releasing more detainees,” Griffiths told reporters. 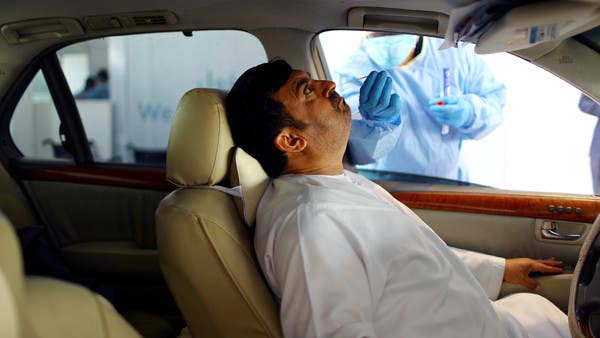 The United Arab Emirates reported 851 new coronavirus cases on Sunday, a drop on the recent daily increases of around 1,000 but still significantly higher than last month, according to the country’s Ministry of Health on Twitter.

The ministry added that one more person had died from difficulties related to COVID-19, bringing the death toll to 421. 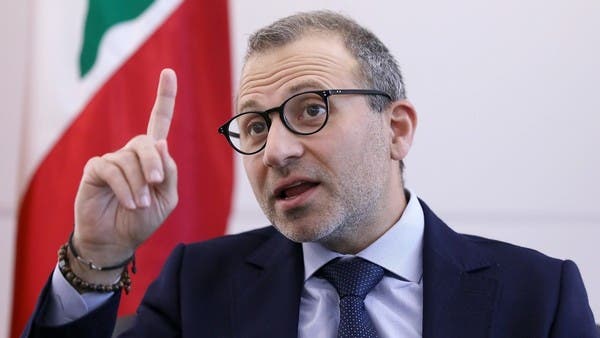 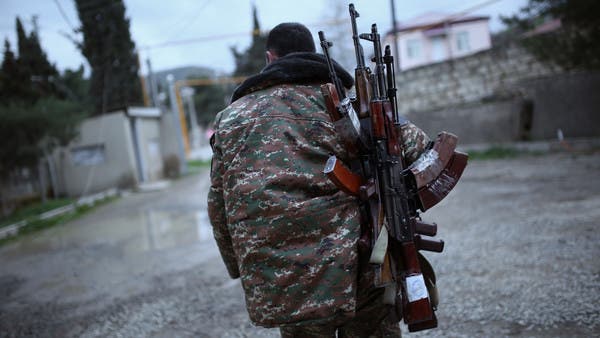 Tensions rose between Armenia and Azerbaijan on Sunday morning over clashes in which Yerevan said Azeri forces shelled the region of Nagorno-Karabakh and Baku accused Armenian forces of shelling Azeri military and civilian positions. 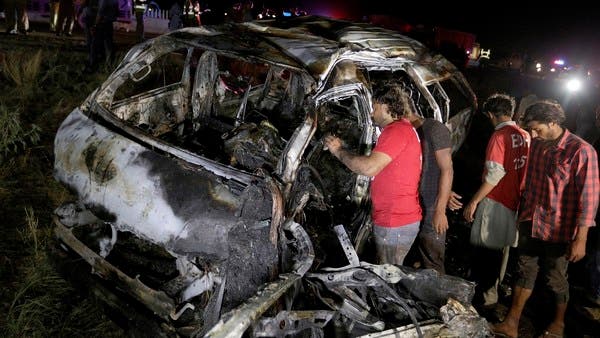 Thirteen people were killed after a passenger van overturned and caught fire on a highway heading to Pakistan’s port city of Karachi overnight, police said Sunday.

The van fell in a ditch after it was struck by an object from another vehicle late Saturday night, said Senior Motorway Police Officer Aftab Pathan.

He said the van was engulfed in flames after its fuel tank leaked. Rescuers recovered 13 charred bodies, including at least three children, while five people were pulled out alive, including a 1-year-old.

Officials said DNA tests would be needed to ascertain the identity of the victims.

Such incidents are common in Pakistan where motorists disregard safety standards and violate traffic rules while battered road conditions also contribute to accidents.

Kuwait will terminate the employment of the remaining 400 expatriates currently working at the Ministry of Public Works, according to local media reports.

The Minister of Public Works and State Minister for Housing Affairs Dr. Rana al-Fares will reportedly sign termination letters for the group of employees who hold administrative, legal, and technical positions in various departments, the Kuwait Times newspaper reported on Saturday.

“The original plan was to terminate expatriate employees gradually, and the next batch was supposed to happen by year’s end… However, the minister decided not to wait and end expatriate employees’ contracts immediately,” Kuwait Times reported, quoting unnamed sources who spoke with the Arabic-language Kuwaiti newspaper Rai Daily.

The new terminations come weeks after 150 other employees were removed from their positions as the government moves forward with its plans to limit the number of foreign expatriate workers in Kuwait.

The combined 550 expatriate employees made up the entire expat workforce in both the Ministry of Public Works and Public Authority for Roads and Transportation, Kuwait Times reported, citing Rai Daily sources.

This move will remove all foreign employees that make up five percent of the total staff in both government entities, according to the report.
About 70 percent of Kuwait’s population is currently made up of foreign expatriates.

The onset of the coronavirus pandemic has spurred “Kuwaitization” schemes, with authorities announcing in August the intention to deport hundreds of thousands of foreign workers from the country.