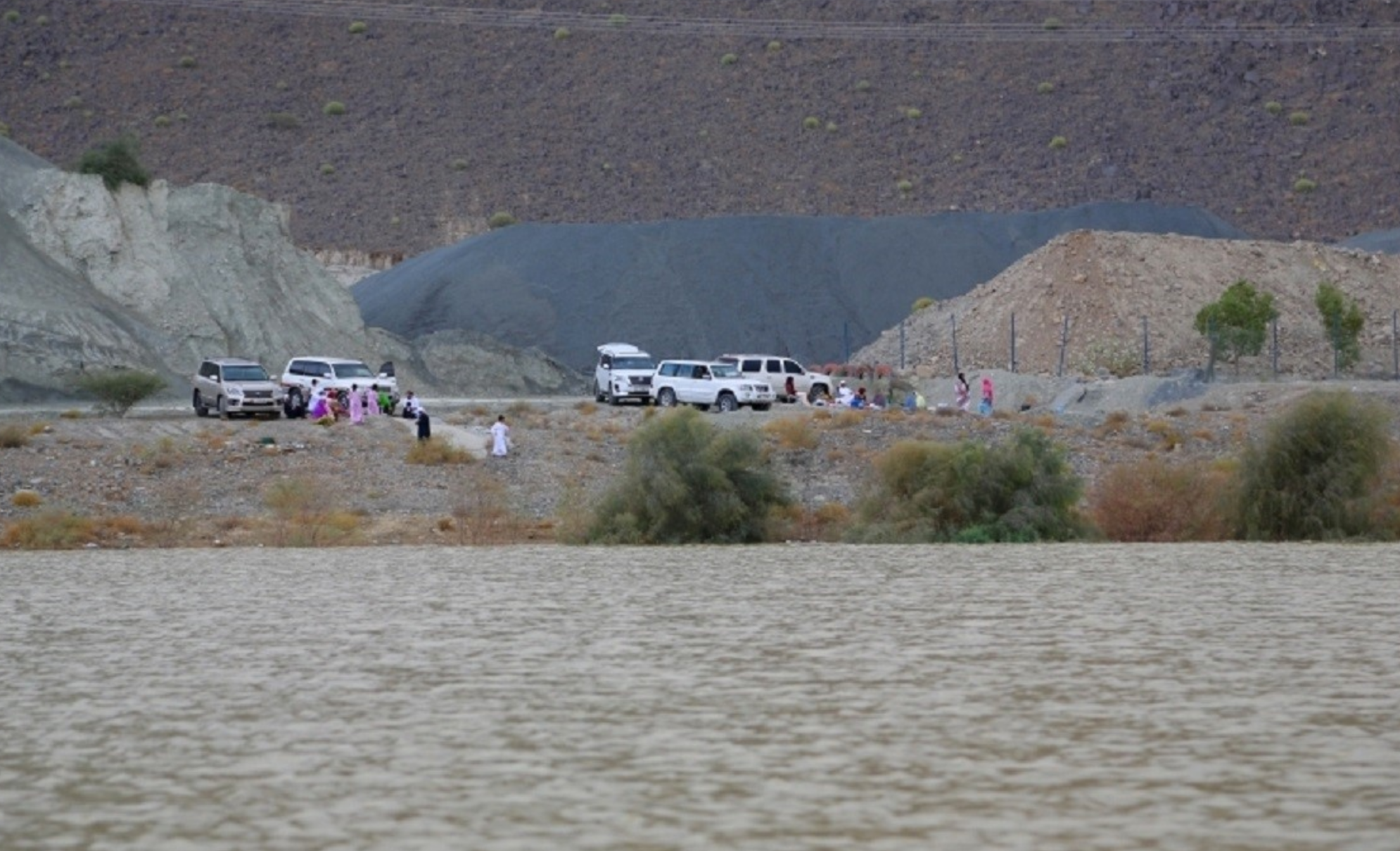 Motorists are advised to drive carefully due to slippery roads and low visibility.

Moderate to heavy showers have lashed Ras Al Khaimah and Fujairah over the last two days, flooding the valleys and mountainous areas with rainwater. The downpour has left massive puddles which have clogged the roads.

Sources with the civic bodies said they have deployed tankers to drain out the accumulated rainwater, and clear the roads off uprooted trees and wastes. “Our staff cleaners are on the job round the clock.”

The RAK and Fujairah law enforcement bodies warned the public against the slippery roads and low visibility, and advised them to avoid the valleys.

As per the National Center of Meteorology (NCM), the weather is expected to turn humid over coastal areas by Sunday morning.

A chance of convective clouds formation over the eastern coasts and northern areas associated with rainfall.
Motorists are advised to drive carefuly due to slippery roads and to stay away from valleys and dams.#CommitToWin pic.twitter.com/pgZ7d41NtE

The drop in mercury and showers have beckoned many people from across the country to enjoy the pleasant weather, particularly in the mountainous areas.

The markets of the emirate of Fujairah were abuzz with shoppers who came to buy fresh fruits and vegetables and relish local cuisine.

Ali Saeed, an Emirati national, said he has been waiting for the seasonal showers so he could go outdoors with his family and friends.

“The view of the rains, particularly on the mountains, which are turned into waterfalls, is so spectacular.”

He added that he always ventured out into the mountains with friends to watch the rain from close quarters.

“However, everyone should be careful about the flooded valleys here. They get filled with rainwater in no time,” Saeed cautioned.

Sherif Al Wakeel, an Egyptian resident, said he always takes his family to the emirate of Fujairah to soak in the fine weather and scenic views. “We buy fresh fruits and vegetables from the famous markets here.”

Meanwhile, the RAK Police and the Fujairah Police patrols were deployed on all the roads of the emirate to regulate traffic flow.