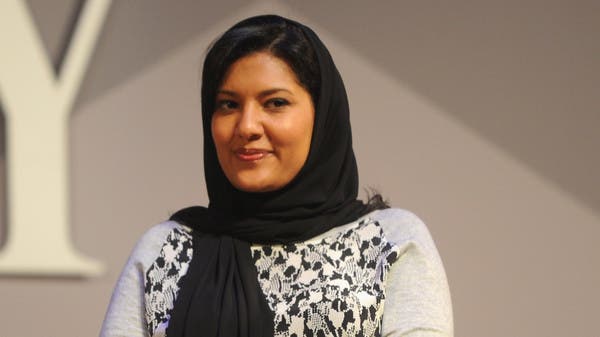 Saudi Arabia is the US’ most reliable partner against extremism, said Saudi Ambassador to the US Princess Reema bint Bandar at the keynote address of the virtual 29th Annual Arab-US Policymakers Conference on Wednesday.

“We are the United States’ strongest, most reliable partner against extremism. Together, we go after the men, the money, and the mindset that support terrorism and extremism,” said Princess Reema.

Princess Reema also hailed the strengths of broader US-Saudi relations, which she said are historical and go beyond any one president or leader.

The ambassador was speaking at the National Council on US-Arab Relations virtual conference, titled “The Next US Presidency: Implications for the US-Arab Relationship,” where she discussed issues including US-Saudi relations, the Kingdom’s Vision 2030 reform plan, and ongoing efforts to combat extremism in the region.

“Where Saudi Arabia and the United States work together on Middle East peace, the Kingdom has always been at the forefront of efforts to bring peace and security to the region,” Princess Reema told the conference.

“Lasting and permanent stability and prosperity in any region results not from conflict, but from dialogue, mediation, discussion, and negotiation,” she said.

“That’s something the Kingdom and the United States both have always understood.”

“It’s a shared understanding and value at the core of our relationship, a relationship established 75 years ago during a meeting between US President Franklin Delano Roosevelt and Saudi King Abdulaziz,” she added.

Saudi Arabia and the US have “worked together to stabilize global energy markets, and worked together as geopolitical partners confronting common foes.”

The ambassador went on to explain the strength of the US-Saudi relationship.

“There’s a reason the US-Saudi relationship is so strong, why our partnership has endured eight decades, why, despite bumps and bruises, our friendship persists and perseveres,” she said.

“It’s because we’ve chosen a common path, because we have more in common than divides us, because we feel a shared responsibility to be positive, constructive, progressive forces in this world.”

“Our partnership is bipartisan. It’s a relationship that has been valued by both democratic and republican administrations.”

“Our relationship is far deeper than just one Saudi leader or one American president,” the ambassador added.

The ambassador said that Saudi Arabian global leadership can bring people together and promote tolerance.

She added that the Kingdom is leading efforts to “promote moderation and tolerance through initiatives such as the Global Center for Combatting Extremist Ideology and the Mecca Charter.”

The Mecca Charter, according to the ambassador, is a groundbreaking set of principles that provides all Muslims with “the true meaning of Islam, and calls for anti-extremism, religious and cultural diversity, and legislation against hate and violence.”

The ambassador said that some critics still cling to “outdated, outmoded, completely obsolete views of the Kingdom.”

“Saudi Arabia takes a lot of heat, and not just because we’re in a desert.”

“When we’re labeled an extremist, we need to remind people that Saudi Arabia does not tolerate extremism within our borders or anywhere else in the world,” she explained.

When it comes to Iran, Princess Reema made the case for continued pressure to force Tehran “back to the negotiation table.”

The ambassador added that any future agreement with Iran must “ensure it never acquires a nuclear weapon, ceases its support for regional terrorism and its destabilizing behavior in the region and the world.”

“Despite security agreements with Iran, meeting with Iranian leaders, even the JCPOA, Iran’s dangerous expansionism has persisted and grown,” she said.
Vision 2030

It’s important for nations to “take the time and energy to reflect on where they come from, and where they’re headed,” she said, explaining how Vision 2030 applied in the Kingdom.

“That’s what the Kingdom of Saudi Arabia is doing, it’s a bold and decisive transformation agenda that we call Vision 2030.”

The ambassador described the Kingdom’s Vision 2030 as a sweeping initiative of economic and social transformation.

It is a “positive, forward-looking plan for our future,” she said.

Gender equity is “one of the most important goals for Saudi Arabia,” according to Princess Reema.

The progress the Kingdom has made has “far exceeded our expectations,” she said, adding that the country’s goal was to increase women’s share of the workforce by 24 percent by 2020.

“We hit and exceeded that goal by the end of 2019 with women’s share of the workforce now at 27 percent and growing.”