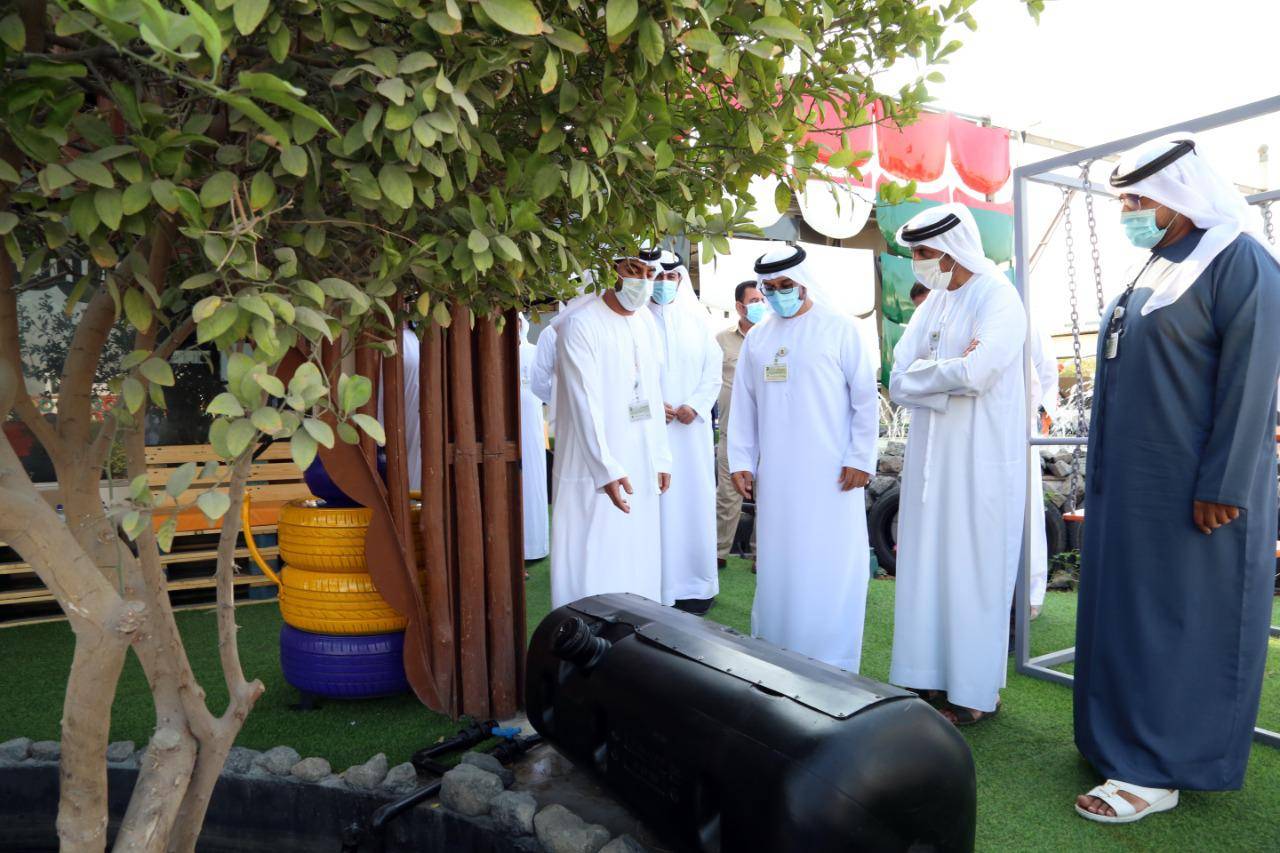 The mini-park has several facilities that make it an ideal spot for meetings out of the office.

Taking recycling up a notch, the Sharjah Municipality opened a park made of discarded car parts and other recyclables on Wednesday.

Tyres painted in bright colours were turned into planters, while some fuel tanks have been repurposed into a filter for an artificial pond. It is the first of its kind in the Middle East.

Hamid Al Banna, director of the transportation department, said there are also wooden benches, a fountain, and the small man-made pond is home to some ornamental fish.

“We used transmission parts to shape the park’s lighting and a vehicle exhaust to form a fountain in the middle of the park. We also used a number of recyclables to form the flag of the UAE,” Al Banna said.

Speaking to Khaleej Times during the opening ceremony, Thabit Al Turaifi, director-general of the Sharjah Municipality, said the unique mini-park is part of their projects to protect the enviroment and promote a culture of innovation.

“The park has several facilities that even make it an ideal place for municipal meetings and a creative working space for those who wish to take a break from the usual office routine,” Al Turaifi said.

The eco-hub is a product of the team’s creativity, he added, and falls in line with the civic body’s mission to provide the public with the best services.

Khalid bin Falah Al Suwaidi, assistant director-general of the Customer Service Sector, said the municipality team came up with the idea after observing that a number of auto parts for its own fleet could not be used anymore. Instead of getting rid of them, they decided to turn into a cool project.

The park isn’t the first such innovation from the team, he added. Earlier, they created a library out of vehicle parts and refurbished an old bus instead of buying a new one for a VIP bus.