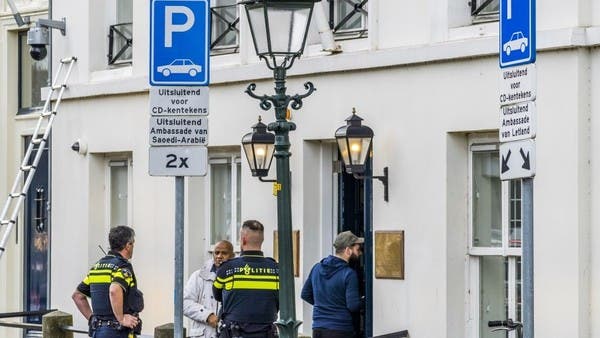 A man suspected of firing a gun at Saudi Arabia’s embassy in The Hague last week had a “terrorist motive,” Dutch public prosecution said on Monday.

The 40-year-old suspect was held on Thursday last week hours after the incident, in which nobody was hurt.

The man is suspected of carrying out violence against the embassy building, trying to kill the caretaker of the building and making threats, all “with a terrorist aim”, the Public Prosecution office said in a statement.

“The terrorist intent is evident from the fact that the suspect appeared to want to impose his will on the embassy through his actions,” the statement added, without giving further details.

Judges extended the suspect’s detention for another 14 days at a hearing on Monday.

Dutch police had found on Thursday last week several bullet casings outside the embassy and bullet holes in the window of the building, they said.

At the time of the incident the Saudi embassy confirmed none of its staff were hurt, and said it had urged Saudi citizens in the Netherlands to “exercise caution.”

The day before the shooting at the embassy, an attack on a non-Muslim cemetery in Jeddah hit an Armistice Day commemoration at which diplomats from France, Greece, Italy, Britain and the United States were in attendance.

At least two people were wounded.

Saudi embassy in The Hague was the target of a ‘cowardly’ shooting: statement