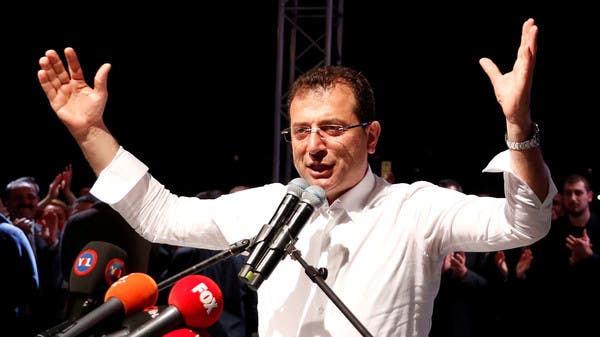 Turkey’s interior ministry has launched a probe into the Istanbul mayor over his opposition to President Recep Tayyip Erdogan’s dream of building an alternative to the Bosphorus Strait, the mayor’s spokesman said Monday.

Erdogan argues that the new Istanbul canal, which he has dubbed one of his “crazy projects,” would relieve pressure on one of the world’s busiest shipping lanes.

The Bosphorus creates a border between Europe and Asia, splitting Istanbul in two as it runs between the Black and Marmara Seas.

The proposed 75-billion-lira ($9.8-billion) alternative would run to the west of the Bosphorus along a new 45-kilometer (28-mile) route.

Since his victory, the municipality has broadcast videos on underground trains and put up posters against “Canal Istanbul.”

The investigation by the ministry’s property inspectorate is focused on posters containing the phrases, “Either Canal or Istanbul” and “Who needs Canal Istanbul?,” Imamoglu’s spokesman Murat Ongun tweeted.

The investigation was started on the grounds that the posters violated articles of the constitution prohibiting public resources from being used against “the integrity of the administration and state policy,” Ongun said.

Critics say the project would destroy nature and could even worsen the earthquake risk in the city of more than 15 million people.