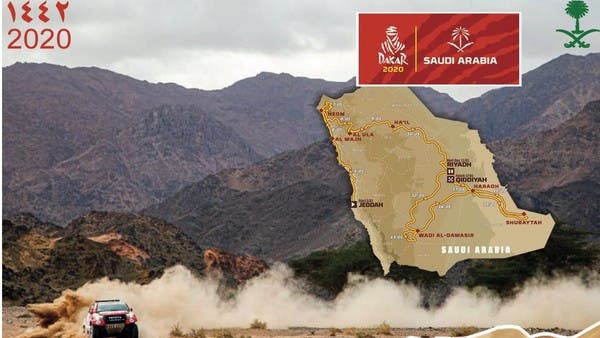 The race, involving a number of international drivers, is set to take place in January 2021.

Saudi Arabia’s postal service has created a two-riyal postage stamp and a five-riyal postcard to honor the event.

The only all-female team to compete in this year’s Dakar Rally faced daunting obstacles during the race through Saudi Arabia’s towering sand dunes, but the challenges came with transformative, cultural moments.https://t.co/sBPrMXFNpN pic.twitter.com/aZYClTpqSM

The Saudi Dakar Rally is recognized as one of the world’s longest off-road races.

The first event in the Kingdom was held from January 5 to January 17 2020 and involved 50 drivers from around the world.