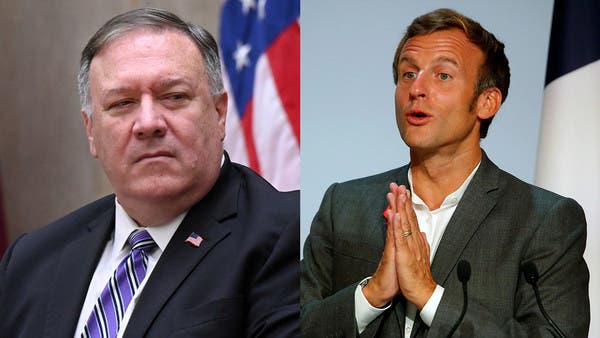 Neither side said much in advance about US Secretary of State Mike Pompeo’s low-profile visit to Paris, the starting point of a seven-country tour of Europe and the Middle East.

No press conference was scheduled, seemingly ruling out the likelihood of journalists getting to ask Pompeo or Macron about their conflicting visions of the US election outcome.

Pompeo has not accepted Trump’s election defeat. Macron has already spoken by phone with Biden to congratulate him.

Pompeo’s trip is aimed at shoring up the priorities of Trump’s outgoing administration. From Paris, he was expected to travel to Turkey. The trip will also include visits to Israeli settlements in the West Bank that have been avoided by previous secretaries of state.

Before the scheduled meetings with Macron and his foreign minister, Pompeo laid a bouquet of red, white and blue flowers at a memorial to victims of terrorism at a Paris landmark, the Hotel des Invalides.

The ceremony lasted about a minute.