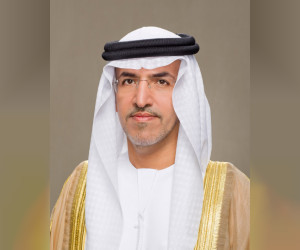 ABU DHABI, 15th November, 2020 (WAM) — Dr. Mugheer Khamis Al Khaili, Chairman of the Department of Community Development in Abu Dhabi, DCD, said the UAE has demonstrated its key role in promoting the concept of tolerance among Arab countries and worldwide.
On International Day for Tolerance on 16th November, Dr. Al Khaili reiterated that Abu Dhabi continues to display its leadership as a global model of promoting tolerance, cohesion and societal integration, that was instilled by the UAE’s Founding Father, the late Sheikh Zayed bin Sultan Al Nahyan. Today, Abu Dhabi has become a preferred destination, attracting people from all over the world, knowing that they might live with love, peace and security under its protection.
"In line with the insightful visions of His Highness Sheikh Khalifa bin Zayed Al Nahyan, President of the UAE; the directives of His Highness Sheikh Mohammed bin Rashid Al Maktoum, Vice President and Prime Minister of the UAE and Ruler of Dubai; and the constant follow-up of His Highness Sheikh Mohamed bin Zayed Al Nahyan, Crown Prince of Abu Dhabi and Deputy Supreme Commander of the UAE Armed Forces, our wise leadership has continued to follow in the footsteps of Sheikh Zayed, who exemplified tolerance, which has made the UAE a destination that unites people from different nationalities, cultures and religions, for the good of the nation and society," Al Khaili added.
"Today, we are proud of the important role of the DCD, as the organizer of places of worship for non-Muslims in Abu Dhabi, which has become a destination for living, working, tourism and investment, thanks to the safety and security it enjoys, in addition to its diversified society, which we see as highly evident in all parts of the emirate," he noted.
DCD works to build an active and responsible community that embraces all segments of society and helps them adopt a positive and meaningful change. It also seeks to maintain the emirate’s inclusiveness, while providing opportunities and services for all community members, that can enhance the emirate’s socio-economic growth and build a cohesive society.