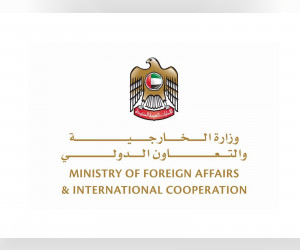 ABU DHABI, 15th November 2020 (WAM) – The United Arab Emirates has reiterated its solidarity and firm stance by the Kingdom of Morocco and its support to His Majesty King Mohammed VI's decision to put an end to the unlawful incursions into El Guerguerat buffer zone connecting Morocco and Mauritania in order to secure the flow of goods and people between the two neighbouring countries.
In a statement, the Ministry of Foreign Affairs and International Cooperation condemned the provocative, desperate and unacceptable practices that took place on 21st October, which represented a stark violation of the agreements and a serious threat to the region's security and stability.
The UAE renewed its support to Morocco in all measures it takes to defend its territorial integrity and to ensure its people's security.