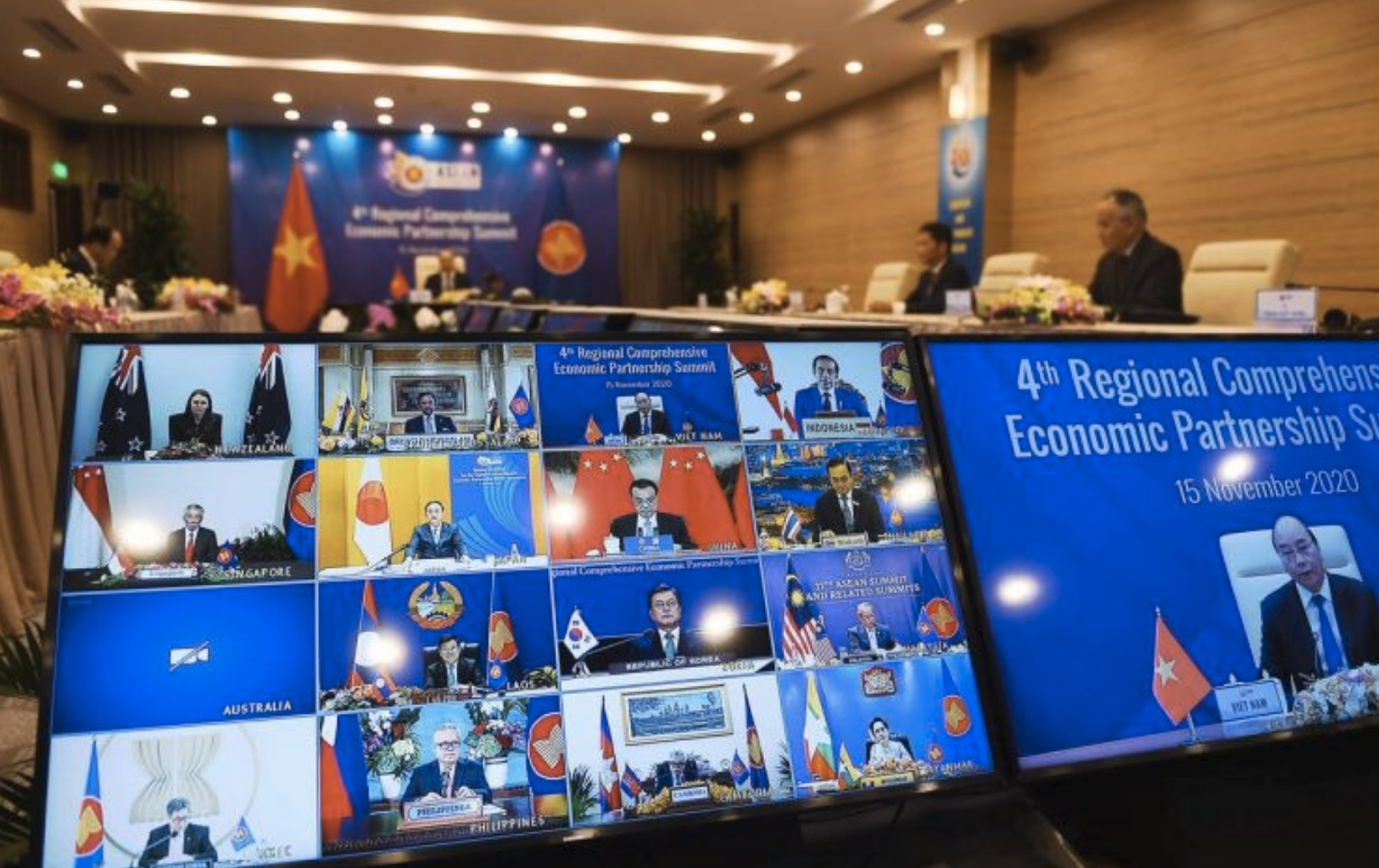 The deal aims to lower tariffs, open up trade in services and promote investment to help emerging economies catch up with the rest of the world.

Fifteen countries on Sunday signed a sprawling Asian trade deal seen as a huge coup for China in extending its influence.

What is the RCEP trade deal?

Backed by China, the sprawling Regional Comprehensive Economic Partnership (RCEP) is seen as a coup for Beijing in extending its influence across the region and marks its dominance in Asian trade.

After eight years of wrangling over the details, the trade pact — the world’s largest in terms of GDP, say analysts — will be signed on Sunday.

Launched in 2012, RCEP is a trade pact between the 10-member ASEAN bloc, along with China, Japan, South Korea, Australia and New Zealand. India had been due to sign but pulled out last year.

The deal includes 2.1 billion people, with RCEP’s members accounting for around 30 per cent of global GDP.

Its aim is to lower tariffs, open up trade in services and promote investment to help emerging economies catch up with the rest of the world.

Specifically, RCEP is expected to help reduce costs and time for companies by allowing them to export a product anywhere within the bloc without meeting separate requirements for each country.

It also touches on intellectual property, but will not cover environmental protections and labour rights.

“A key priority area for further RCEP negotiations is likely to be e-commerce,” said Rajiv Biswas, Asia Pacific chief economist at global business consultancy IHS Markit, after nations struggled to fully agree on some of the provisions on digital trade.

It is unclear when the pact will be ratified but it could come into force next year.

It mainly matters because it sets new trade rules for the region — and has China’s backing but does not include the United States.

Observers say it solidifies China’s broader geopolitical ambitions in the region, where it has faced little competition from the US since President Donald Trump pulled out of a trade pact of its own.

That deal, called the Trans-Pacific Partnership (TPP), was on track to be the world’s biggest trade pact, until Washington pulled the plug, saying it funnelled off US jobs.

However, observers say the RCEP is not as extensive as the TPP, or the Comprehensive and Progressive Agreement for Trans-Pacific Partnership (CPTPP), as its successor is known.

It “is not a fully completed, fully rationalised agreement,” said Alexander Capri, a trade expert at the National University of Singapore Business School.

“The problem with RCEP is that you have 15 incredibly diverse countries at different stages of development and with completely internal priorities,” he added.

India withdrew last year over concerns about cheap Chinese goods entering the country, though it can join at a later date if it chooses.

It raised alarm about market access issues, fearing its domestic producers could be hard hit if the country was flooded with cheap Chinese goods.

Textiles, dairy, and agriculture were flagged as three vulnerable industries.

Prime Minister Narendra Modi faced mounting pressures at home to take a tougher stance on the terms, and proved unbending as the RCEP negotiations came to a close.

It is likely that a new US administration under President-elect Joe Biden will focus more on Southeast Asia, analysts say, although it remains unclear whether he would want to rejoin the CPTPP.

The topic remains a politically sensitive issue in the US.

“The administration will be looking at this very closely,” said Capri.