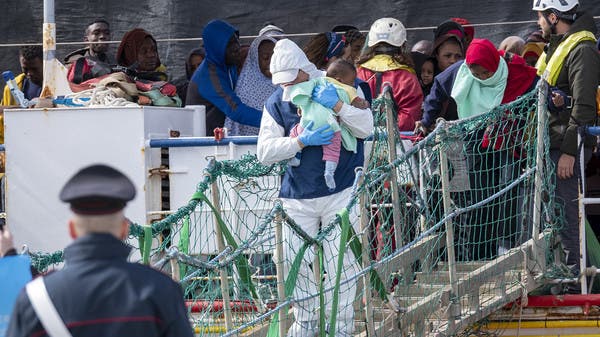 The humanitarian ship Open Arms reached the coast of the Italian island of Sicily on Saturday and transferred 255 migrants to the Italian authorities, the Spanish NGO said on Twitter.

A total of 184 adults and 71 unaccompanied minors from 20 African nations, were taken aboard two Italian boats where they will undergo quarantine to ensure they are not carrying the coronavirus, the group said.

The Open Arms ship had rescued them from boats in distress on the water on Tuesday and Wednesday.

At least five other migrants had died after an overcrowded rubber dinghy overturned off the coast of Libya, according to the NGO.

At least five migrants died after boat capsizes in Mediterranean

A six-month old baby also died, despite the efforts of the medical team onboard the Open Arms.

There has been a marked rise this year in the number of migrants seeking to reach Europe in unseaworthy boats, most of which embark from Libya or Tunisia.

Warm weather over the past week has encouraged more migrants fleeing war and poverty to make the perilous trip across the Mediterranean, but about 100 people drowned on Thursday alone.