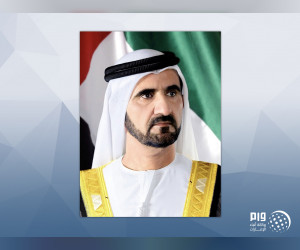 DUBAI, 14th November 2020 (WAM) – Vice President and Prime Minister of the UAE and Ruler of Dubai His Highness Sheikh Mohammed bin Rashid Al Maktoum took to Twitter to announce that the 2020 UAE Pioneers Award will honour exceptional individuals, institutions, and initiatives that contributed to making the UAE a role model in dealing with the COVID-19 pandemic.
His Highness Sheikh Mohammed bin Rashid called on members of the society to nominate exceptional individuals and projects that catalysed UAE’s success in dealing with the COVID-19 pandemic. The nomination campaign will be on the hashtag #UAE_Pioneers.
Thanking frontline heroes, His Highness Sheikh Mohammed bin Rashid said that the United Arab Emirates represents a shining model of collaborative effort, as healthcare personnel, civil security officers, teachers, and humanitarian workers worked tirelessly to guarantee the safety and wellbeing of society during hard times.
The Awards were the culmination of a social media initiative that was launched with a tweet from Sheikh Mohammed’s Twitter account in November 2014. The hashtag campaign prompted Emiratis to nominate fellow countrymen and women who they believed were pioneers in their respective fields.