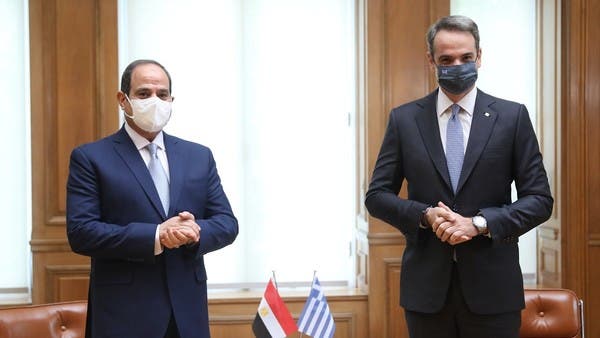 Greece and Egypt, which angered Turkey by reaching an agreement on natural resources in the Eastern Mediterranean, will welcome more decisive US involvement in the region under President-elect Joe Biden, the Greek prime minister said on Wednesday.

“Both Greece and Egypt will receive positively a more decisive role of the United States in the Middle East and the Eastern Mediterranean,” Kyriakos Mitsotakis said at a news conference with visiting Egyptian President Abdel Fattah al-Sisi.

Cairo and Athens sealed an accord for the partial demarcation of maritime boundaries in August, giving them rights over natural resources in the Mediterranean.

Mitsotakis said the accord showed that countries which respect international law and good neighborly relations can achieve results to the benefit of their people. He said both Greece and Egypt were willing to expand the accord.

‘Not the actions of an ally’: Close Biden ally blasts Turkey’s foreign involvement

Merkel agrees with President-elect Biden on importance of transatlantic cooperation

Turkey, which is at odds with Greece over overlapping claims to energy resources in the Mediterranean, says the pact infringes on its own continental shelf.

The agreement also overlaps maritime zones Turkey agreed to with Libya last year, which were declared illegal by Athens.

Tensions between the two NATO allies flared following the accord, after Turkey sent its Oruc Reis seismic survey vessel into disputed Mediterranean waters.

Ankara pulled out the vessel in September to allow for diplomacy with Greece but then sent it back to the area.

On Wednesday, Greece said Turkey’s new naval advisory from Nov. 11-23, engaging an area for seismic activities, was provocative and urged Ankara to revoke it immediately.

“We agreed to continue our solidarity, alongside all friendly countries, in order to confront anyone who threatens regional stability and security, and in a way that prevents any party from imposing its hostile positions,” Sisi said.

Biden will further lay the groundwork for his new administration on Wednesday as President Donald Trump pursues a flurry of lawsuits challenging the results of the Nov. 3 election in an effort to cling to power.