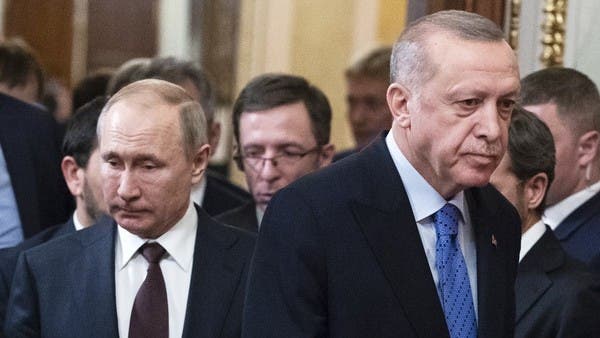 The Russian Kremlin denied on Wednesday Turkish President Recep Tayyip Erdogan’s claim that Ankara and Moscow were jointly monitoring the ceasefire deal signed by Armenia and Azerbaijan to end the conflict over the Nagorno-Karabakh region.

Erdogan had said that Turkey and Russia signed an agreement to establish a joint center to coordinate efforts for monitoring the ceasefire and that Ankara would participate in the peacekeeping force.

“This is not how we understand it,” he said, adding that the presence of Turkish peacekeepers in Nagorno-Karabakh was not agreed on.

Peskov had told reporters on Tuesday “the creation of a center to monitor the Nagorno-Karabakh ceasefire in Azerbaijan was not mentioned in the joint statement by the leaders of Azerbaijan, Armenia and Russia and was subject to a separate agreement,” TASS reported.

The ceasefire between Azerbaijan and Armenia was announced on Tuesday, ending the worst fighting in the region in decades, and celebrated as a victory in Azerbaijan and its ally Turkey.

Speaking to members of his AK Party in parliament, Erdogan said Turkey would participate in the peacekeeping force and that the agreement ended Armenia’s 28-year occupation of Azeri lands – an allusion to Nagorno Karabakh, a mountainous enclave within Azerbaijan ruled by ethnic Armenians.

Thousands of Armenians took to the streets in the capital Yerevan on Tuesday to protest the agreement Prime Minister Nikol Pashinian signed with Azerbaijan and Russia to end the war over the disputed Nagorno-Karabakh region.

Pashinian said the deal was “extremely painful” for him and the Armenian people. “The decision was the result of an in-depth analysis of the military situation and based on the assessment of the best experts in the field,” he said in a Facebook post.

“I believe this is the best possible solution for the current situation,” Pashinyan added.

“This is not a victory but there is not defeat until you consider yourself defeated. We will never consider ourselves defeated and this shall become a new start of an era of our national unity and rebirth,” he said.

The agreement calls for Armenian forces to turn over control of some areas it held outside the borders of Nagorno-Karabakh, including the eastern district of Agdam.

That area carries strong symbolic weight for Azerbaijan because its main city, also called Agdam, was thoroughly pillaged, and the only building remaining intact is the city’s mosque.

Armenians will also turn over the Lachin region, which holds the main road leading from Nagorno-Karabakh to Armenia. The agreement calls for the road, the so-called Lachin Corridor, to remain open and be protected by Russian peacekeepers.

Soon after the announcement, thousands of people streamed to the main square in the Armenian capital Yerevan to protest the agreement, many shouting, “We won’t give up our land!”

Some of them broke into the main government building, saying they were searching for Pashinian, who apparently had already departed. A few hundred entered the building, ransacking offices and breaking windows, an AFP journalist said.

Armenian and Azerbaijani forces have been fighting for six weeks over the region of Nagorno-Karabakh. The region lies within Azerbaijan but has been under the control of ethnic Armenian forces backed by Armenia since a war there ended in 1994. The latest outburst of hostilities began September 27 and has left hundreds — perhaps thousands — dead, marking the worst escalation of fighting since the war’s end.

Azerbaijan has relied on strong support from its ally Turkey, which has trained Azerbaijani military and provided it with strike drones and long-range rocket systems. Meanwhile, Russia has a defense pact with Armenia and a military base there.