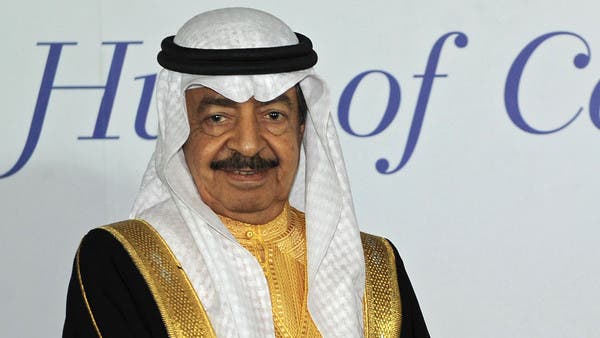 Bahrain’s Prince Khalifa bin Salman Al Khalifa, one of the world’s longest-serving prime ministers who led his country’s government for decades, died on Wednesday. He was 84.

Prince Khalifa was born on November 24, 1935. The late prime minister assumed his post in 1970, just a year before Bahrain’s independence on August 1971.

He had previously been the head of Bahrain’s State Council and the head of the Supreme Defense Council when Bahrain was a British protectorate.

The official Bahrain News Agency (BNA) announced his death at the Mayo Clinic in the United States, where he had been receiving treatment.

Prince Khalifa had suffered from health problems for years, and was admitted to hospital in November 2015 but was later released. He also traveled to southeast Asia for medical appointments. In late November 2019, he traveled to Germany for undisclosed medical treatments, remaining there for months.

The prince was born into the Al Khalifa dynasty that has ruled Bahrain, an island in the Arabian Gulf whose name in Arabic means the “two seas,” for more than two centuries.

The son of Bahrain’s former ruler, Sheikh Salman bin Hamad Al Khalifa who ruled from 1942 to 1961, the prince learned governance at his father’s side as the island remained a British protectorate.

Prince Khalifa’s brother, Sheikh Isa bin Salman Al Khalifa, took power in 1961 and served as monarch when Bahrain gained its independence from Britain in 1971. Under an informal arrangement, Sheikh Isa handled the island’s diplomacy and ceremonial duties while Prince Khalifa ran the government and economy.

The years that followed saw Bahrain develop rapidly as it sought to move beyond its dependence on oil reserves. Manama at that time served as a regional financial, service and tourism hub and the opening of the King Fahad Causeway in 1986 gave the island nation its first land link with its neighbor Saudi Arabia.

– With The Associated Press