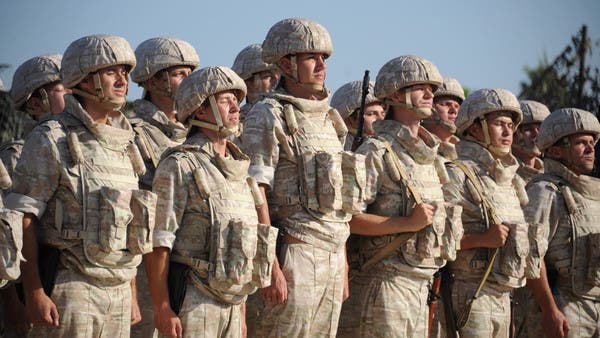 Russia’s military has gained valuable experience from its intervention in Syria and has largely succeeded in its modernization goals, according to a new strategic dossier by the International Institute for Strategic Studies (IISS).

The report comes as Russia’s forces face their next peacekeeping test in the Southern Caucasus, after Azerbaijan and Armenia agreed to a Moscow-brokered peace deal on Tuesday. The deal will send thousands of Russian soldiers to serve as peacekeepers in the disputed Nagorno-Karabakh region, the site of fierce fighting since late September.

The deployment is taking place as Russia remains militarily engaged in Syria in support of Bashar al-Assad’s regime, and is accused of being involved in the eastern Ukraine conflict where pro-Russian separatists are fighting the Ukrainian government, which it denies.

According to IISS expert Douglas Barrie, these engagements have helped the Russian military achieve much of its modernization goals over the last 10 years.

“[In the] Syrian intervention, they seem to have kind of rescued the Assad regime, and they benefited hugely in terms of the experience they’ve gained from that,” explained Barrie, the IISS Senior Fellow for Military Aerospace and co-editor of its recent strategic dossier Russia’s Military Modernisation.

“If you look at the senior ranks now in the Russian military, an awful lot of them have cycled through Syria to get that experience,” he added.

Russia’s military helped ensure the survival of Assad’s regime in Syria’s long civil war, bringing crucial airpower to enable the regime to besiege cities and win back territory in a bloody conflict that has killed up to 577,000 people, according to the Syrian Observatory for Human Rights.

Moscow has several military bases in the country, including the Tartus naval base and Hmeimim air base in the west, and a helicopter base in Qamishli, northeastern Syria.

The war in Syria has been one of the key tests for Moscow’s goal to modernize its conventional military.

While Russia and the US hold the world’s two largest nuclear arsenals, Moscow’s conventional army is far smaller and less well-equipped than its traditional rival.

Russia set out plans to develop its military after it performed poorly when facing down an insurgency in its federal republic of Chechnya, and also performed less well than expected in the 2008 war against its far smaller neighbor Georgia, said Barrie.

In 2008, the military embarked upon its “New Look” modernization program, which aimed to transform its Soviet-era mass mobilization army into a more mobile, modern, combat-ready force.

According to the IISS, these modernization efforts have been largely successful.

Moscow’s military is now far smaller than it was under the Soviet Union, but it has benefited from over a decade of sustained funding, added the IISS.

“Given the investments and developments over the past decade, they’re a far more capable force than they were in 2010,” Barrie told Al Arabiya English.

These advances have been made primarily by upgrading existing platforms, rather than introducing new platforms and weapons, with significant delays in introducing its “next-generation” Sukhoi Su-57 aircraft fighter.

The dossier also highlighted that the funding required for further modernization was not guaranteed, given potential short-term funding cuts in response to the coronavirus pandemic and wider economic challenges.

Defense-technology partnerships with China could prove key to further advances, though these depend on broader relationships between the two countries, said the IISS.

Barrie pointed to the aviation sector as one potential area of further cooperation, explaining that China’s technology investment over the last 20-30 years meant that it is now ahead of Moscow in many key areas.

“Some of the technologies the Chinese have now got, the Russians are lagging in, and it will be very interesting to see if that relationship develops in that way,” he said.

What do closer China–Russia ties mean for European powers in the Asia-Pacific? In the IISS Asia-Pacific Regional Security Assessment 2020, @graham_euan investigates the roles of European countries and groupings in the region | https://t.co/IsDypg7enI pic.twitter.com/LkBsT0v8cf

The Russian military’s latest test comes in a peacekeeping role in the South Caucasus, as Azerbaijan admitted it had shot down a military helicopter in its conflict with Armenia over Nagorno-Karabakh.

The Russian Mi-24 helicopter was downed over Armenia, close to the border with the Azerbaijani exclave of Nakhichevan. Two crew members were killed and another injured according to Russia’s Defense Ministry.

“The Azerbaijani side offers an apology to the Russian side in connection with this tragic incident,” the Azerbaijani Ministry of Foreign Affairs said in a statement.

Despite Russia having a military alliance with Armenia, it had been keen to avoid a military commitment to the conflict, explained Barrie, speaking last week as fighting was still ongoing.

“I think Russia will be pretty keen not to get physically involved as well, simply because it’s, you know, it’s still involved in Syria. It’s got some other issues it wants to deal with. And also these things, at the end of the day, cost money,” he told Al Arabiya English.

Russian troops will instead be involved in a peacekeeping capacity following Armenia’s surrender in a Moscow-brokered deal on Tuesday.

Armenian Prime Minister Nikol Pashinyan said he had signed the “extremely painful” surrender after Azerbaijan captured dozens of settlements in Nagorno-Karabakh, including Shusha (known by Armenians as Shushi), the second largest settlement in the disputed region strategically located overlooking its regional capital Stepanakert.

Discussing the deal in a televised online address, Russia’s President Vladimir Putin announced that Russian peacekeepers would be deployed to patrol the frontlines.

This was later confirmed by the Defense Ministry, which said 1,960 soldiers would be involved.