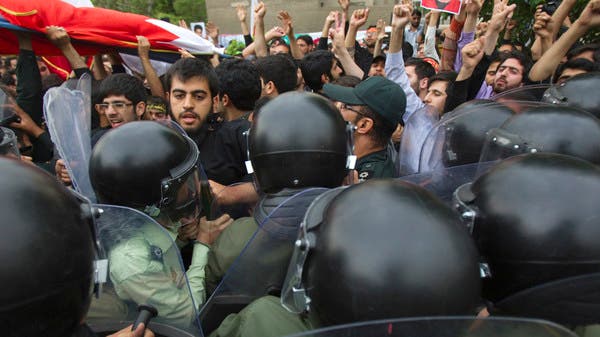 Iran has freed 157 people arrested during anti-government demonstrations, the country’s judiciary said on Tuesday, as the United States appeared poised to impose sanctions on Iranians involved in a violent crackdown on the protesters.

Three sources familiar with the matter told Reuters on Monday the United States was expected to launch the sanctions as early as next week, coinciding with the one-year anniversary of what may have been the bloodiest repression of protesters in Iran since the 1979 Islamic Revolution.

Iranian judiciary spokesman Gholamhossein Esmaili said the 157 “security detainees” were among 2,301 people freed under a pardon by Supreme Leader Ali Khamenei as part of events marking the anniversary of the birth of the Prophet Mohammad, state media reported.

The 157 detainees had been convicted of “propaganda against the system, (illegal) assembly and collusion, and taking part in riots” after being arrested in anti-government protests in recent years, the judiciary spokesman said.

Human rights groups estimate that thousands were arrested in the 2019 protests, which broke out over gasoline price hikes and quickly turned political, with protesters demanding that top officials step down.

“We closely follow the future US administration’s activities and know that Mr. Biden has promised the American people that he will restore multilateralism and legitimacy,” state media quoted Rabiei as saying.

The sources said the new US sanctions had been in the works for months and were the latest in a long series of penalties imposed on Tehran by Trump after he pulled Washington out of Iran’s 2015 nuclear deal with world powers in 2018.

US increases pressure on Iran, imposes sanctions on 4 individuals and 6 companies

US to impose new sanctions on Iran every week until Biden’s inauguration: Axios

US must ‘repent,’ lift sanctions on Iran: FM Spokesman