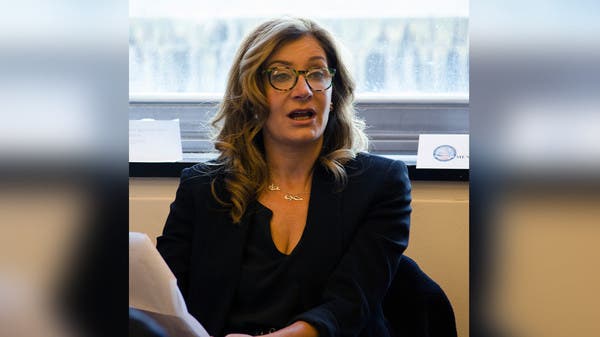 Saudi Arabians are “too weak, too undisciplined, too untrained, too feeble” to protect their country, said Sarah Leah Whitson, the former Managing Director for Research and Policy at the US-based Quincy Institute, in a now-deleted tweet on Sunday.

In a tweet responding to false claims on Twitter that Saudi-owned Al Arabiya had called US President-elect Joe Biden a “dog,” Whitson wrote that US troops were needed to protect Saudi Arabia because its own “countrymen” could not.

“These ‘dogs’ have US troops on the ground protecting Saudi Arabia cuz their own countrymen are unable – too weak, too undisciplined, too untrained, too feeble – to do it. Keep that in mind yakhwan #Saudi,” read the full tweet.

The tweet was accessible on Monday morning Dubai time but was deleted by Monday afternoon.

In response to Whitson, Al Arabiya English’s Editor-in-Chief Mohammed Alyahya said that her comments showed the racism and bigotry behind some criticism of Saudi Arabia.

“This shows how hatred, deep-seated racism, & loathing of all Saudis is at the core of some anti-Saudi rhetoric among Iran defenders. This bigotry by the Quincy Institute echoes its founder spreading lies by a Qatari analyst. This might be dumb disinformation, but it’s also racist,” said Alyahya on Twitter.

Good that you deleted your tweet @sarahleah1, but the ugly racism you revealed is cause for alarm. An apology to your followers, especially Saudis, should be followed with serious introspection. We all saw how harmful this prejudice was to @HRW’s work. Not too late to reverse it. https://t.co/ksPGCbiPB1 pic.twitter.com/WgK9ulBXZR

Other Saudi Arabian social media users called for an apology.

Who says Yakhwan? The link is very clear …

Al Arabiya English reached out to Whitson for comment on Monday but had not received a reply at time of publication.

She did, however, tweet an apology in response to Alyahya.

“You’re right. It was wrongly worded. I took your point and deleted it. I’m sorry! Will try to revise the point,” Whitson tweeted.

You’re right. It was wrongly worded. I took your point and deleted it. I’m sorry! Will try to revise the point.

Saudi owned Al Arabiya TV and Al-Sharq Al-Awasat newspaper, have hit a new low for their lack of professionalism.
They ran a story on Joe #Biden under the headline, “The dogs are back to the White House”, in an obvious insult to the new president-elect. https://t.co/VyQOB6R00r

Parsi, whose NIAC has been accused of working closely with the Iranian government, is also the vice president of the Quincy Institute, where Leah Whitson previously worked.

Leah Whitson herself was found to have tweeted far more often about Saudi Arabia than Iran, and her tweets on the Kingdom were exclusively negative, whereas her mentions of Iran and Iranians were more mixed in tone.

The Quincy Institute has published authors criticizing the Trump administration’s “maximum pressure” sanctions policy toward Iran. According to The Washington Free Beacon, the institute advocates an isolationist foreign policy that seeks to persuade Washington to lessen economic pressure on Iran.

Parsi’s NIAC has also been accused of operating as an unregistered lobbying operation for Tehran in Washington. Last year, the hashtag #NIACLobbies4mullahs was trending online, with protesters saying NIAC represented the Iranian regime’s interests.