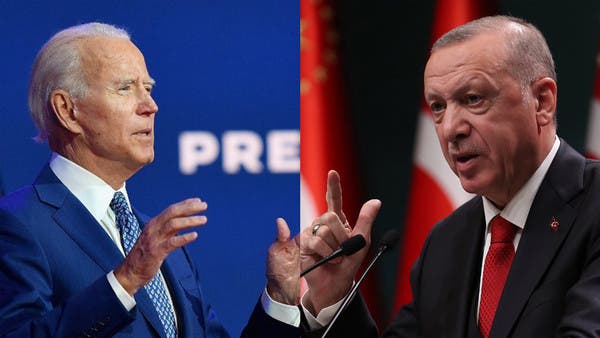 Turkey is waiting for the “final results” of the US presidential election before congratulating Joe Biden for winning, out of respect for “the US people and democracy,” a senior Turkish official said Monday.

“Turkey will congratulate the winner as soon as the results of the election will become official as part of the respect it has for the US people and democracy,” said spokesman for President Recep Tayyip Erdogan’s ruling AKP party, Omer Celik.

“We are waiting for the final results … because there are objections and other disputes,” he added.

US Attorney General William Barr directed federal prosecutors on Monday to look into “substantial” allegations of irregularities in the presidential election.

Trump said on Monday that he believes Georgia “will be a big presidential win” in a tweet and added that Nevada was “turning out to be a cesspool of Fake Votes.”

Nevada is turning out to be a cesspool of Fake Votes. @mschlapp & @AdamLaxalt are finding things that, when released, will be absolutely shocking!

Former US Speaker of the House Newt Gingrich said on Monday that he is confident that “if legal votes are counted that Donald Trump will be re-elected.”

“We’re now in a struggle that will last two or three or four weeks to see whether or not we can force an honest count and then kick out of the system things that are clearly illegal and clearly wrong,” said Gingrich during a radio interview.

“You could imagine waking up sometime in the middle of next week and suddenly discovering that Georgia, Pennsylvania, Arizona and Nevada have all migrated into Trump’s column and that Joe Biden wasn’t going to get to be president,” he added.

Celik said Turkey knows both Trump and Biden and is prepared to work with “whichever wing” is the winner.

Russian President Vladimir Putin also won’t congratulate Biden until legal challenges to the US election are resolved and the result is official, the Kremlin announced Monday.

Other world leaders – from Europe to the Arabian Gulf – have congratulated Biden on becoming the president-elect.

– With The Associated Press