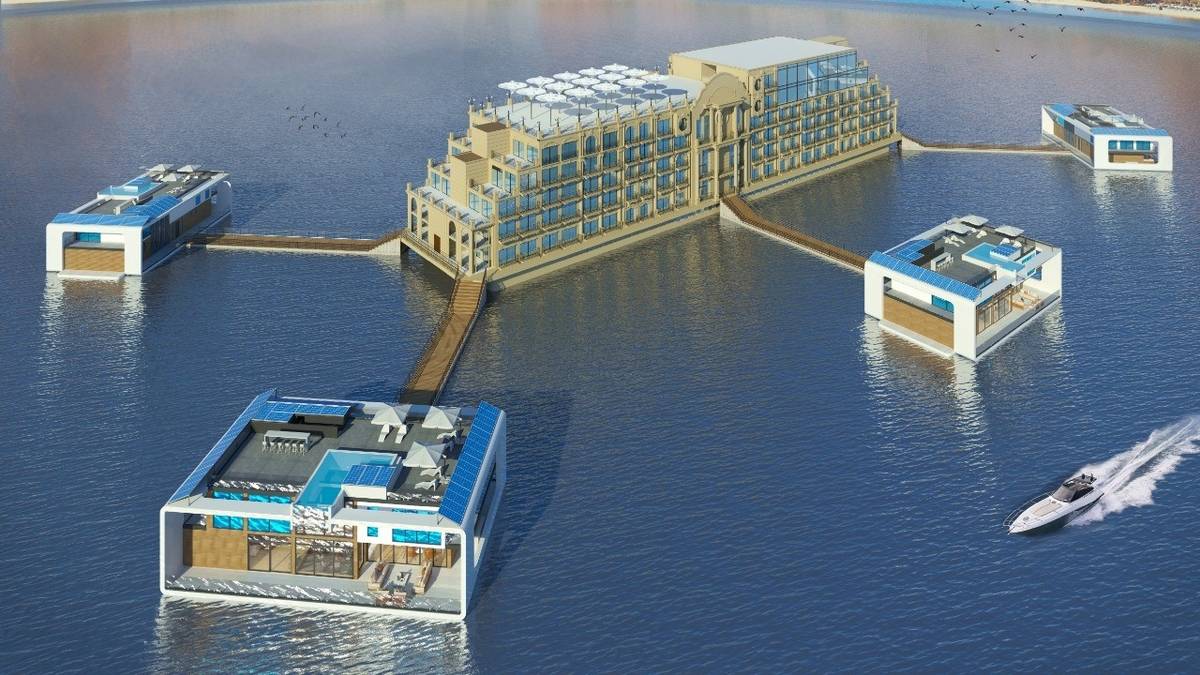 Dubai is home to a number of landmarks including the Burj Khalifa, the Burj Al Arab hotel, and the Palm Islands.

The emirate will soon see the addition of one more landmark – the Sea Palace Floating Resort. Costing Dh600 million, the project consists of a hotel and six floating glass boat villas, each priced at Dh20 million.

“This is the update and the latest idea of floating horses. It is a mix of a yacht and villa. The villa is licensed as a yacht, not a house. Villas, which have been named Neptune, are 95 per cent complete, and the remaining work will be finished in a month, while the whole project is around 65 per cent complete,” said Mohamed El Bahrawy, CEO and founder of El Bahrawy Group.

Located near Dubai Marina, the project is being developed by Seagate Shipyard and El Bahrawy Group.

“We put glass at the bottom of the yacht so that the owner can enjoy the underwater views during the day and night and also while he is sailing,” El Bahrawy said, adding that the developer will apply for the approval of the project to Dubai’s maritime authorities upon its completion.

The villas consists of two floors, a balcony, and a roof with an outdoor swimming pool. Each floor is 300sqm, which makes it 900sqm in total. The first floor consists of 4 ensuite bedrooms. It also includes a kitchen, a living room and two additional rooms for the domestic workers.

“We build it on a class certificate or class specification basis. There are 12 classes globally. You can license a villa according to your passport and you can sail to any part of the world as each villa can be separated from the entire project,” added El Bahrawy.

Mohamed El Bahrawy said the hotel will be operated by the company itself.