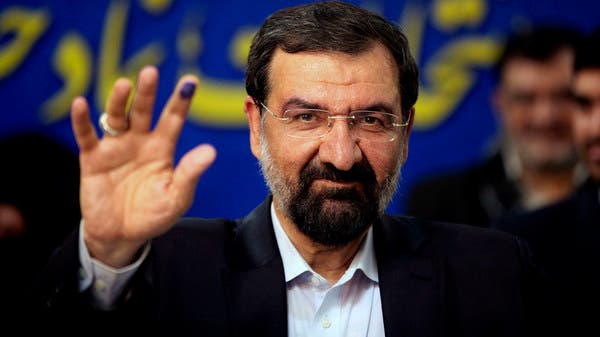 Twitter suspended on Monday the account of Mohsen Rezaei, a former IRGC commander and the current secretary of an advisory council to Iran’s Supreme Leader Ali Khamenei.

Iran’s Expediency Discernment Council said Twitter suspended its secretary’s account, which had over 140,000 followers, without giving an explanation.

Twitter has been banned in Iran since 2009, when social media was a vital tool for those Iranians who believed the re-election of President Mahmoud Ahmadinejad was rigged. Facebook – also banned – was used to help organize street protests of a scale not seen since the Islamic Revolution of 1979.

Despite the ban, many high-ranking Iranian officials have accounts and are active on Twitter, including Khamenei, President Hassan Rouhani and Foreign Minister Mohammad Javad Zarif.

Rezaei headed Iran’s Islamic Revolutionary Guard Corps (IRGC) during the war with Iraq in the 1980s. Khamenei appointed him to his current position in the late 1990s. He was also a candidate in the presidential election in 2009 and 2013. He lost both times.

In an Instagram post on Sunday, Rezaei said US President-elect Joe Biden “must lift all sanctions [on Iran] as soon as possible, apologize to the Iranian people for past actions, and compensate Iran for the economic damage it suffered due to sanctions.”

He added that instead of waiting for the Washington to lift sanctions, the Iranian regime should strengthen the economy, internal security and the resistance front – a term Tehran uses to refer to its proxy groups in the region.

Twitter under fire for allowing Iran leader’s extreme rhetoric about US, UAE