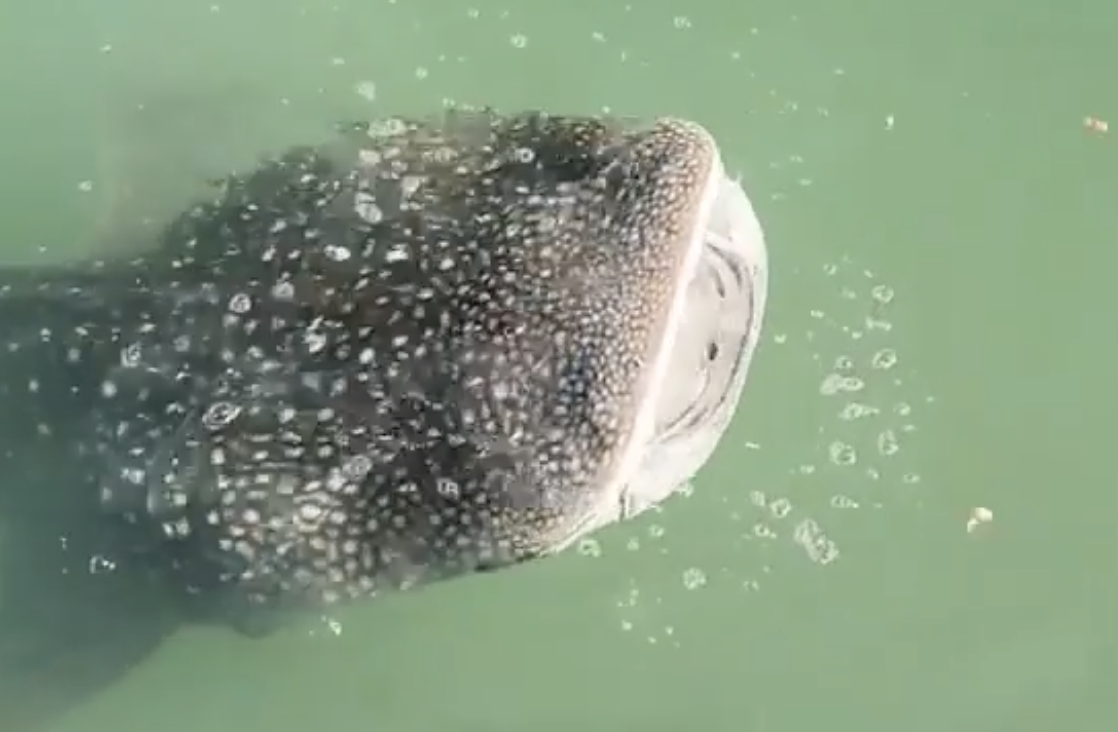 It is the second juvenile whale shark that has been spotted in the UAE waters in the recent past.

A seven-metre-long whale shark has been spotted in Abu Dhabi waters, and residents have been warned not to swim or dive closer to the sea creature.

“We are currently observing another whale shark in the Bahia area, which is a large male about 7-meter long. We ask people to refrain from swimming, diving, feeding, or approaching them. We ask marine transport to avoid the Bahia Canal,” the Environment Agency Abu Dhabi said in a statement on its Instagram.

. . ” ” . 7 . . . #_ Our juvenile whale shark has returned to Al Raha after last being seen there one week ago. Over the six weeks we have been monitoring him we noticed that he had lost some weight so through our MOU with the National Aquarium on environmental cooperation and wildlife protection we are supplementing his diet with some krill until he returns to sea. We are also monitoring a second whale shark, a large 7m male in Al Bahia. If you are lucky enough to see them please refrain from swimming with them, diving with them, feeding them or approaching them. And a big thank you to our partners supporting with this endangered species protection: Critical Infrastructure and Coastal Protection Authority, Department of Municipalities and Transport, Abu Dhabi Municipality, Abu Dhabi Ports, Abu Dhabi Maritime, Abu Dhabi Marine, Aldar and the National Aquarium Abu Dhabi. #EnvironmentAbuDhabi #environmentagency

The agency was monitoring the whale shark for the last six weeks and said it has lost some weight.

“We started to complete his diet by providing some small crustaceans until his return to the sea, in cooperation with The National Aquarium, to activate the memorandum of understanding in the field of rescue and rehabilitation of marine species,” said the statement.

It is the second juvenile whale shark that has been spotted in the UAE waters in the recent past.