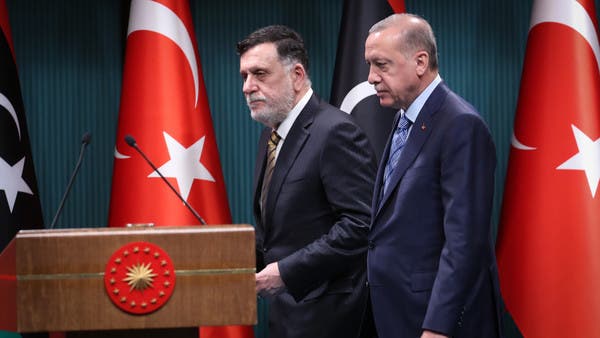 Sarraj announced on Wednesday his intention to step down — a move that could feed political tensions in Tripoli amid new efforts to find a political solution to the country’s conflict.

Erdogan was speaking to reporters after Friday prayers in Istanbul.

Libya has endured almost a decade of violent chaos since the 2011 NATO-backed uprising that toppled and killed veteran dictator Muammar Gaddafi.
Sarraj’s Tripoli-based GNA has battled against a rival administration in eastern Libya led by General Khalifa Haftar, whose offensive against the capital was repelled earlier this year.