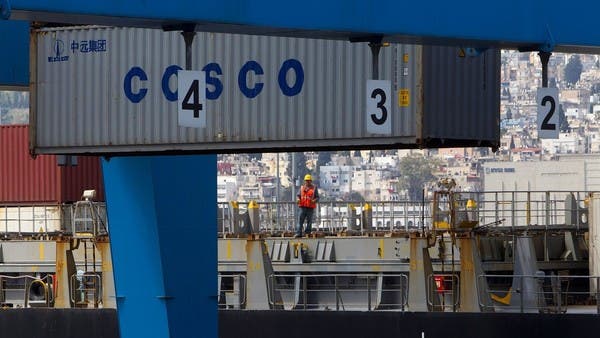 Israel Shipyards Industries has submitted a joint bid with Dubai’s DP World in a tender to privatize Israel’s Haifa Port, the company said on Thursday.

The two signed an agreement for exclusive cooperation in the privatization of the port, one of Israel’s two main sea terminals on its Mediterranean coast.

The joint bid to the government privatization agency comes in the wake of Israel and the UAE agreeing to normalize ties in September.

Israel Shipyards said the cooperation would help boost ports competition, lower costs and establish an advanced international trade and logistics infrastructure, adding it would make Haifa a central hub in the Middle East.

Last month, Dubai state-owned DP World, which operates ports from Hong Kong to Buenos Aires, said it signed a series of agreements with Israel’s DoverTower that included a joint bid in the privatization of Haifa Port.

DoverTower is co-owned by Israeli businessman Shlomi Fogel, a shareholder in Israel Shipyards. At the time Fogel said DP World would collaborate with Israel Shipyards in the Haifa Port privatization.

Israel is selling its state-owned ports and building new private docks to encourage competition and bring down costs.

Haifa Port will need to be upgraded to compete with a modern one China’s Shanghai International Port Group is building nearby.