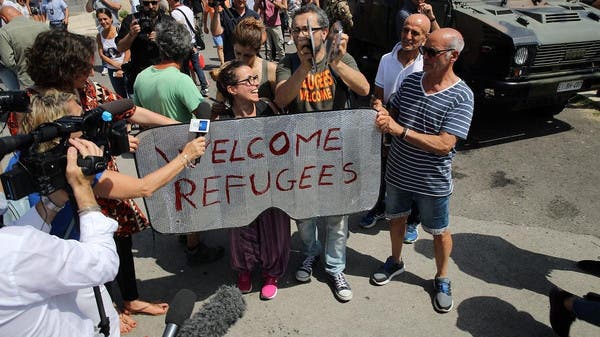 Italian Prime Minister Giuseppe Conte welcomed Thursday a plan to change the so-called Dublin Regulation on how asylum claims are processed in the European Union, describing it as a “turning point.”

Rome has long argued that this is unfair, as those who attempt the dangerous central Mediterranean crossing to Europe land on its shores or have to be rescued off its coasts.

Leyen’s announcement “gives us great pleasure,” Conte said during a visit to a school in the capital city.

“Italy has worked towards this a lot, because we consider the agreement (the Dublin Regulation) to be to the detriment of the countries of first-entry landings,” he said.

“This is a turning point,” he added.

Greece also welcomed plans to update the rules, with migration minister Giorgos Koumoutsakos saying Thursday the Dublin Regulation “has failed and must be changed.”

The Dublin Regulation came into force in 2013 as an agreement between the then-28 members of the EU including Britain, as well as Switzerland, Iceland, Norway and Liechtenstein.

But its weaknesses were quickly exposed by the migration crisis of 2015, stoking anger in Greece and Italy where governments felt they had been left to face the challenge alone.