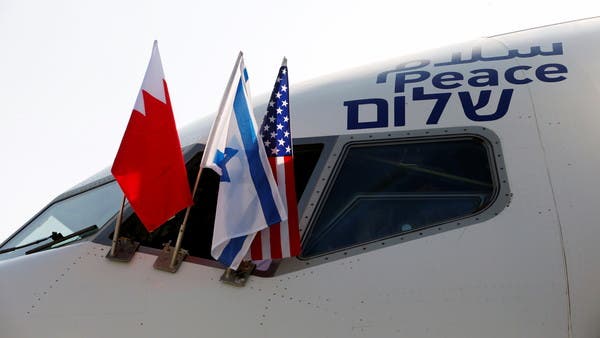 The peace deal with Israel confirms Bahrain’s King Hamad bin Isa al-Khalifa’s commitment to peace as a “strategic choice” that guarantees the success of efforts to resolve the Palestinian conflict, the Bahrain News Agency quoted the Deputy Prime Minister as saying on Sunday during his meeting with a US-Israeli delegation.

The two-state solution, international legitimacy resolutions, and the Arab Peace Initiative can all serve as guidelines to achieving comprehensive regional peace, he said.

Bahrain views the peace process as an important step to establishing broader relations for the benefit of the countries as well as the people of the region, BNA quoted the deputy prime minister as saying.

A high-level delegation of officials from Israel and the US arrived in Bahrain on Sunday, marking the first commercial flight from Israel to Bahrain.

The group will engage in bilateral talks with Bahraini officials before signing memorandum of understandings (MoUs) at around 7:30pm local time to establish full diplomatic relations between Bahrain and Israel.