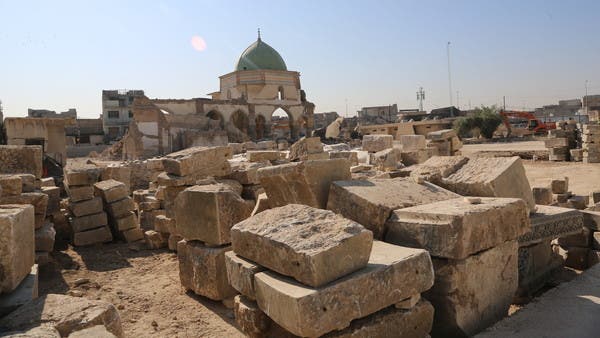 Scholars and Jewish people with Iraqi roots held a virtual meeting on Thursday to remember the historical Jewish community in the Iraqi city of Mosul.

The initiative, spearheaded by Iraqi historian Omar Mohammed, brought together academics, UN representatives, Jewish people born in Mosul, and Jewish people of Iraqi descent for a conversation in both English and Arabic.

Mohammed – well known for being the anonymous journalist behind ‘Mosul Eye,’ a website that documented ISIS atrocities when the extremist group controlled the city – recently discovered a trove of historic documents and photos in Paris relating to the Jewish community of Mosul.

“It’s very important to bring back these stories of the Jewish community, and analyze them,” said Mohammed.

A group of young Mosulis have launched a campaign to preserve and restore the historical sites of Mosul including the Jewish Synagogue, churches and mosques.
Those are my people.#Mosul2020 pic.twitter.com/TEHMcMPcBs

Mosul, as well as the fellow Iraqi cities of Baghdad and Basra, was home to a flourishing Jewish community until the Arab-Israeli conflict and the establishment of the state of Israel in 1948.

Before being displaced, the Jewish population in Iraq in the 1940s was estimated to be 135,000.

Baghdad’s population is estimated to have been 40 percent Jewish at the time, and Mosul’s about 10 percent, according to Mohammed.

Jewish people originally born in Mosul, now living around the world from California to Israel, joined the meeting to discuss their roots.

Children of Mosuli Jewish emigrants, now located in the US and UK, spoke about hearing stories from their elders about the “almost imaginary” Mosul.

“Mosul seemed like a mythical city. It was somewhere always spoken about with love and affection,” said Sally Shalam, a daughter of a Mosuli Jewish man.

“As a child I was raised with stories from Iraq…it was a very distant land, almost imaginary,” said Avinoam Shalem, a professor of Islamic art at Columbia University, whose father was from Mosul.

Scholar Dena Attar, whose parents were born in Mosul, spoke about documenting the Jewish history of the city – including traditional cuisine – for the University College London’s Hebrew and Jewish Studies department.

“You also grow up with food memories. My dad used to say that in Mosul in the very hot weather, they would just eat bread and vinegar, and that would be a refreshing summer meal,” said Attar.

Multiple participants remarked on the deliciousness of the traditional Mosuli dessert known as “mann al sama,” an Iraqi candy that has been compared to Turkish delights.

Preserving the Jewish memory of Mosul

UN special adviser Karim Khan said the event is “an important one because the memory of Jews in Mosul is the memory of humanity.”

Mohammed told Al Arabiya English that multiple participants contacted him after the conversation to say they were happy to see others interested in their history.

“For the first time in my life, I felt the meaning of diversity by including the Jewish of Mosul in the image of Mosul,” said Mohammed.