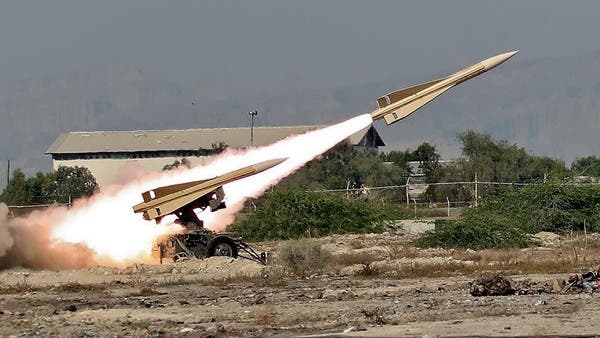 The UN arms embargo on Iran is set to expire Sunday despite US efforts to extend it, giving the regime the freedom to purchase military equipment. This will compound the danger its current missile program already poses in the Middle East.

The embargo is due to expire on October 18, as agreed under the 2015 nuclear deal among Iran, Russia, China, Germany, Britain, France and the United States that seeks to prevent Tehran from developing nuclear weapons in return for sanctions relief.

After failing to pass a resolution to extend the embargo, the US triggered a “snapback” of all sanctions on Iran. However, 13 out of 15 council members expressed their opposition to a return of all UN sanctions on Tehran because there was no consensus in the body.

The US administration has repeatedly argued that should the embargo fail to be extended, it would strengthen Iran’s capability to further arm its proxies in the region and eventually destabilize the Middle East.

Washington also believes that Iran’s ballistic missile program is used by the regime to further its influence in the region and is not for “peaceful” purposes as Tehran claims.

The Iranian regime has repeatedly over the years claimed that its missile program was for “peaceful purposes” and for defense only and refused to even negotiate curbing the program.

A study by the Riyadh-based think tank International Institute for Iranian Studies (Rasanah) stated that nuclear deal alone was not enough to curb the dangers posed by Tehran to the region. It highlighted Iran’s capabilities when it comes to missile production.

“Iran can produce hundreds of sophisticated, reverse-engineered improvised missiles. Through black-market or top-secret unannounced purchases, Tehran is suspected of building a missile force capable of evading the radars of its neighbors with speed and in-flight maneuverability. Considering the short flight duration between its adversaries, the threats from Iran’s government to the region cannot diminish with the existing nuclear deal as it does not cover Iran’s missile capability,” the study said.

Iran also has a long history of arming and financially supporting its network of proxies – Shia militias across the Middle East – to further its influence in the region.

“Iran’s reliance on its missile force makes it highly probable that it will face a high degree of escalation and pay severe retribution. It has [therefore] successfully managed threats by deploying its missiles via its proxies in Lebanon, Iraq, and Yemen,” the study adds.

“Reverse-engineered or locally assembled missiles” have been smuggled to Hezbollah in Lebanon, the Houthis in Yemen, and Shia militias in both Syria and Iraq.

“Drones have worked well for Iran, from Yemen to Iraq and Syria to Lebanon. A sanction-stricken country like Iran, without its many missiles and numerous drones, cannot project power and implement deterrence measures thousands of kilometers away.”

After the embargo is lifted “Iran’s arms shopping list will include missile defense systems, fighter jets and submarines.”

If arms embargo on Iran isn’t extended, Tehran will arm its proxies: US envoy to UN