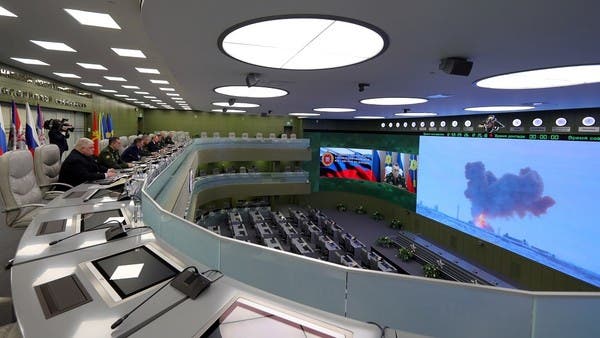 The United States Friday called on Russia to agree to an extension of a nuclear treaty or else a “costly arms race” would ensue.

After weeks of negotiations to extend the NEW START deal, Washington and Moscow appear in a deadlock over conditions for the extension.

The New START deal was signed in April 2010 but went into force in February 2011. It limits the numbers of strategic nuclear warheads, missiles and bombers that Russia and the United States can deploy.

Earlier this week the US said it had reached an agreement in principle with Russia to extend New START, but Moscow quickly rejected US conditions.

On Friday, Russian President Vladimir Putin proposed an extension for one year.

“I have a proposal — which is to extend the current agreement without any pre-conditions at least for one year to have an opportunity to conduct substantial negotiations,” Putin said at a meeting of his security council, according to a Kremlin statement.

But the White House was quick to reject Putin’s proposal.

(3/3) The United States is serious about arms control that will keep the entire world safe. We hope that Russia will reevaluate its position before a costly arms race ensues.” –NSA Robert C. O’Brien

O’Brien said the US had proposed to extend the deal for one year, “in exchange for Russia and the United States capping all nuclear warheads during that period.” He said this would have been a “win for both sides.”

Yet, the US official warned that the US was serious about arms control.

“We hope that Russia will reevaluate its position before a costly arms race ensues,” he said.

Trump’s administration has been insisting without success that its nemesis China enter the treaty, which has limited the United States and Russia to 1,550 nuclear warheads each and expires on February 5.

‘Ball in Russia’s court’ on nuclear treaty talks: US official

US, Russia agree in principle to extend freeze on nuclear warhead stockpiles: Source