A Chinese mega-refiner is snapping up barrels of Middle Eastern crude in a rare bright spot for a market hampered by dwindling import quotas after a buying spree earlier in the year.

Rongsheng Petrochemical Co’s Singapore unit has purchased at least seven million barrels in the spot market so far this month for delivery in December and January, according to traders who asked not to be identified because the information is private. The company is buying up crude to feed a trial run operation of its expanded refinery in Zhejiang province this quarter. 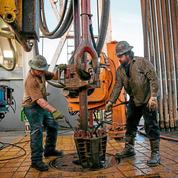 Why the oil market will suffer long-term damage from coronavirus

Chinese crude imports rose in September for the first time in three months as companies sought oil for new and expanding plants. Inbound shipments may struggle to reach June’s peak through the rest of the year after independent refiners used up most of their quotas. The processors, known as teapots, played an outsized role in supporting oil prices this year after a buying frenzy following a rapid recovery from the pandemic.

Rongsheng’ Singapore unit purchased medium-sour grades from the Arabian Gulf – the baseload for its refinery – such as Abu Dhabi’s Upper Zakum, Qatar’s Al-Shaheen and Iraq’s Basrah Light cargoes, according to the traders. The phase 2 expansion of its Zhoushan-based refinery is expected to double processing capacity to 800,000 barrels a day.

Rongsheng Petrochemical didn’t immediately respond to an email seeking comment on the matter.

Teapots are expected to ramp up crude purchases for January-arrival, traders said, with some companies already showing interest for spot purchases.

Beijing started allowing teapots to directly import crude in 2015 as part of an effort to increase private investment in the energy industry. The independent refiners, mainly based in Shandong province, have been using light-cycle oil and diluted bitumen as alternatives to crude after running short of quota.