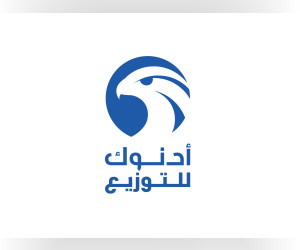 ABU DHABI, 15th October, 2020 (WAM) — ADNOC Distribution’s market cap surged to AED44 bn by the end of September, 2020, a 40 percent up compared to its market value on its date of listing back in 2017.
The increase in the market capitalisation comes after a significant rise of 23.15 percent in the value of the company's share to AED3.57 from AED2.90 on the date of listing, according to the data released by the Abu Dhabi Securities Exchange (ADX), where the company's equities are traded.
As the company's positive performance persists, the shareholders continue to reap significant dividends that resulted in ratcheting the value of its share deals to AED5.64 bn over the first nine months of 2020 thanks to the strategy adopted by the company's management which has rendered it among the very few listed firms paying out dividends more than once per year.
In March, ADNOC Distribution's shareholders approved a second and final dividend payment of AED1.194 billion (9.55 fils per share) for the year ended December 31, 2019. The payment came on top of an interim dividend that was paid in October, resulting in a full-year dividend of AED2.39 bn. In 2020, the dividend will increase 7.5 percent to AED2.57 bn as per the company’s policy.
The company boasts a robust financial profile. On September 14, 2020, Abu Dhabi National Oil Company (ADNOC) announced that it has successfully completed a placement to institutional investors of 1.25 billion shares in ADNOC Distribution. This represents 10 percent of ADNOC Distribution’s total share capital. With that additional 10 percent placement, valued at US$1 billion, the company’s free float will increase to 20 percent, contributing to improved liquidity of ADNOC Distribution shares.