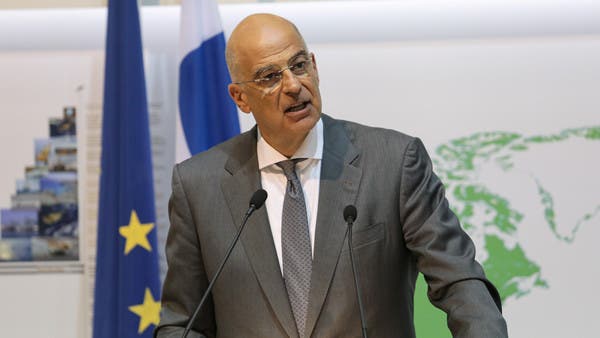 Greece on Thursday lodged a formal protest with longtime regional rival Turkey, saying a state plane carrying its foreign minister was delayed on a flight home from an official visit to Iraq.

The incident came ahead of EU talks over a dispute between the two neighbors over energy resources in contested waters in the eastern Mediterranean.

State TV ERT said the plane carrying Greek Foreign Minister Nikos Dendias was forced to circle for 20 minutes late on Wednesday near the Iraqi city of Mosul before being allowed passage by Turkish aviation authorities.

The Turkish foreign ministry said the plane carrying Dendias — a backup after the first plane malfunctioned — “took off from Iraq without submitting the necessary flight plan.”

“The plan was urgently requested from the Iraqi authorities, and after the plan was received, the flight was carried out safely,” Turkish foreign ministry spokesman Hami Aksoy said in a statement.

“Naturally, it is not possible for an aircraft to fly without providing a flight plan. In this case, it is first and foremost a necessity for (Dendias’s) safety,” Aksoy said.

“Our Greek counterparts were also informed about the issue,” he said.

In Athens, government spokesman Stelios Petsas said the Greek foreign ministry had “taken the necessary actions with a (diplomatic) protest.”

European leaders are meeting in Brussels on Thursday, with grievances over Turkish energy exploration in the eastern Mediterranean back on the agenda at the behest of Greece and Cyprus.

Turkish President Recep Tayyip Erdogan on Wednesday vowed to give Greece the “answer it deserves” over their energy dispute.

After a similar row in August, Ankara has redeployed the research ship Oruc Reis to strategic waters between Cyprus and the Greek islands of Crete and Kastellorizo.

The United States and Germany, both NATO allies of Greece and Turkey, have labelled the gas exploration mission a “provocation” and urged Ankara to recall the ship.