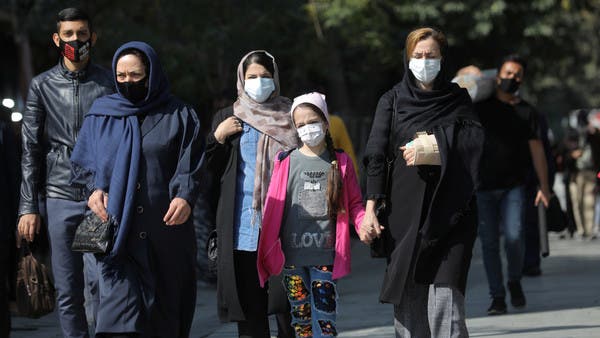 As well as the capital, the measures include banning travel to and from Karaj, Mashhad, Isfahan and Urmia, the health ministry’s Kianoush Jahanpour told state television.

It runs from midnight until Sunday noon, only involving private vehicles but not “public transportation” such as buses and planes, he said.

According to Jahanpour, the measure may be renewed after Sunday and extended to other cities.
The aim was to dissuade Iranians from travelling at the weekend, which runs from Thursday to Friday in Iran, and a public holiday on Saturday.

“A large part of the population… is not being responsible,” Jahanpour said.

A retired employee in Tehran named Pakzamir told AFP that “the authorities blame the people, but that is not true.”

According to her, rising costs in a troubled economy are forcing people to “use the subway and public transportation, and that spreads the disease.”

“The main reason for the rise in coronavirus (cases) is the government’s lack of planning and not enforcing restrictions properly,” teacher Fariba Ghasemi said.

Deaths and infections from the virus have been on a sharply rising trajectory in Iran since early September.

Covid-19 deaths numbered 279 on Wednesday as 4,830 new cases of infection were confirmed, the highest single-day figures since the Islamic republic reported its first cases in February.

The novel coronavirus has killed a total of 29,349 people out of 513,219 cases in the Middle East country hardest hit by the pandemic.

The numbers are likely to be higher than officially reported, deputy health minister Iraj Harirchi acknowledged Wednesday, primarily due to testing and reporting protocols.

Iran on Saturday started imposing fines for the first time for breaches of health rules in the capital.
Tehran authorities on October 3 shut most public spaces and cancelled gatherings for a week, a move that was extended to Wednesday.

It was not immediately clear if they were to be renewed again alongside the travel curbs.