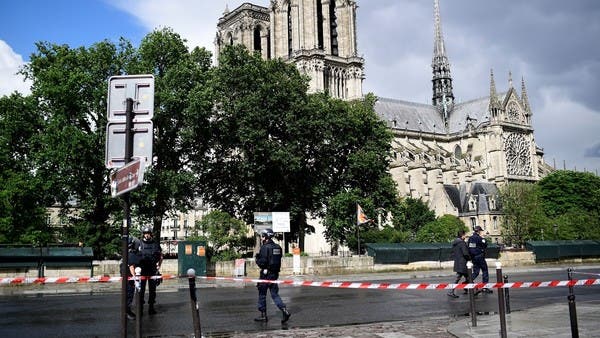 A follower of ISIS terrorist group who attacked a police officer outside Notre-Dame cathedral in Paris with a hammer was sentenced to 28 years in jail on Wednesday.

Farid Ikken, 43, charged at officers on patrol outside the cathedral on June 6, 2017, shouting “this is for Syria.”

He struck one in the head with a hammer but the officer, who ducked, was only slightly hurt and opened fire on him, injuring Ikken in the chest.

France has been targeted in a string of jihadist attacks since 2015 that have claimed over 240 lives, including several security forces members.

Ikken, an Algerian national and former journalist who spent several years in Sweden before moving to France in 2014 for his studies, denied any intention to kill the officers.

He told the court he wanted to carry out an act of “symbolic violence” to avenge France’s participation in airstrikes against ISIS in the Syrian city of Raqqa and Iraqi city of Mosul.

The battle for Mosul was particularly bloody, with NGOs estimating at least 10,000 civilians were killed.

Ikken, who had sworn loyalty to ISIS, said during the trial he felt a sense of satisfaction for fulfilling duty towards his “Muslim brothers.”

The 28-year sentence was the maximum sought by the prosecution. He was also barred from French territory for life.