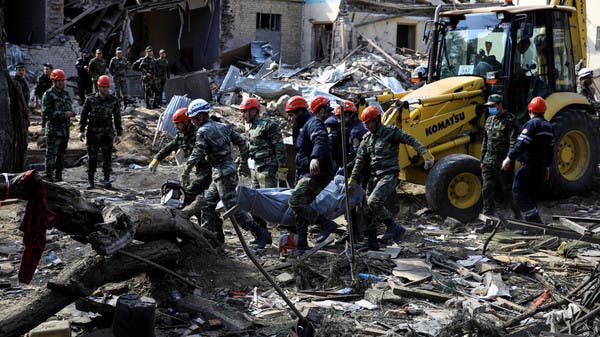 Fighting between Azerbaijan and Armenian forces over the disputed Nagorno-Karabakh region has helped spread the coronavirus in the territory, the WHO said on Tuesday.

More than two weeks of conflict between the Caucasus rivals has left almost 600 dead, according to partial tolls, as fighting breaches a Moscow-brokered ceasefire signed last week.

“As we have been repeatedly saying, Covid 19 does not respect borders or lines,” WHO spokesman Tarik Jasarevic said at a press conference.

“The mobilization of troops for conflict, the displacement of populations because of it all, adds to the ability of the virus to take hold.”

He said the WHO will continue to support virus responses in countries and is expanding its operations to tackle increasing health needs.

The WHO said fighting has disrupted already stretched healthcare systems and both countries have seen increases in virus transmission.

The outbreak of fighting is the latest in the disputed region and the most intense since a 1994 ceasefire ended an initial post-Soviet war.