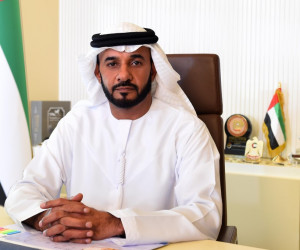 ABU DHABI, 13th October, 2020 (WAM) — The Director-General of the National Emergency Crisis and Disasters Management Authority, NCEMA, Obaid Rashid Al Shamsi, has said that the UAE is a pioneering global model in the way it responded to the COVID-19 pandemic, thanks to the government's foresight and proactive approach in managing the crisis. In a speech on the occasion of International Day for Disaster Reduction, observed on October 13th, Al Shamsi said that while the pandemic ravaged many countries around the world, the UAE has demonstrated how having a clear strategy and handling this imminent danger with professionalism, has allowed it to contain its repercussions. "On International Day for Disaster Reduction, we are proud to be among the ranks of developed nations in our response to crises," he said. "The UAE has become a pioneering model and its achievements are being witnessed by all regionally and globally," he added. He went on to say that having a clear strategy, that relies on communication and coordination, with no room for rivalry, opposition or dissonance, has allowed the UAE to rise to the forefront of effective decision-making. The Director-General congratulated the country's leadership for its achievements and the people for their part in the success and for overcoming this challenging time. Al Shamsi said that at the end of 2019, and as governments all around the world were put under the test, "Everyone wondered, who will overcome this ordeal?" He also noted that "despite this storm that hit all countries," the UAE has proven its effective handling of the crisis by strengthening work between governmental and non-governmental bodies, pulling together a national effort to manage the pandemic. "This created a path which led to safety, so that the UAE society was able to enjoy peace and stability." He concluded by saying that this success was not just due to government efforts only but also the UAE community which has shown immense responsibility in dealing with the crisis.