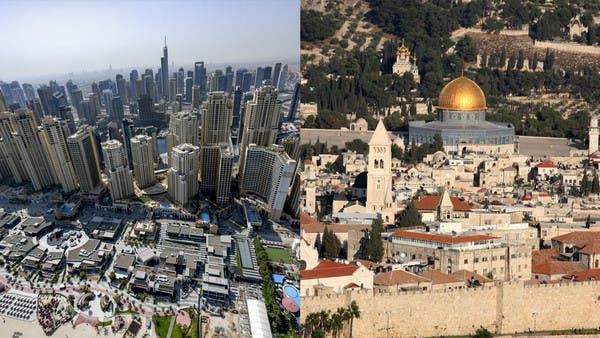 An official UAE delegation trip to Israel is being planned for the end of October, an Emirati source told Al Arabiya English on Monday.

An Israeli delegation already visited the UAE’s capital city Abu Dhabi on August 31, taking the first direct flight in history from Israel to the UAE.

The invitations were expressed during a phone call in which the two leaders discussed strengthening bilateral ties call and examined “prospects for peace” in the region.

The Israeli government officially approved the normalization agreement with the UAE on Monday. The plans for normalization were first announced on August 13 and culminated in a signing ceremony at the White House in Washington last month.

Israelis in the government and finance sectors have traveled to the UAE over the past two months to meet with their Emirati counterparts to set up collaboration.

The first visit to the UAE following the announcement by an Israeli official was the head of Israel’s foreign intelligence service Mossad, Yossi Cohen, on August 18. Cohen met with the UAE’s national security adviser.

Israeli National Security Adviser Meir Ben-Shabbat then followed, arriving on a flight with American and Israeli officials, on August 31.

Ben-Shabbat met with the UAE’s Minister of State for Foreign Affairs Anwar Gargash.

The first official Israeli trade delegation arrived in the UAE on September 8, including the CEO of the biggest bank in Israel.

Dov Kotler, the head of Bank Hapoalim, landed in Dubai and meet with government officials and the heads of the largest banks in the UAE.

‘We have to remain because one day we may finally disappear’: Jewish Egyptians