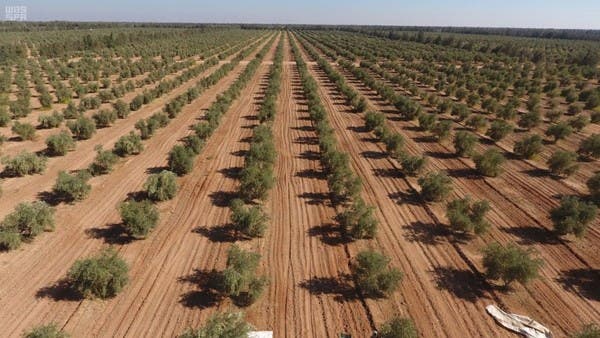 Saudi Arabia’s northern region of al-Jouf is the Kingdom’s largest agricultural base and its most forested province, confirmed a recent government report.

Al-Jouf, which borders Jordan and includes parts of three nature reserves, is the province with the most trees and produces the highest amount of key crops, according to the report by Saudi Arabia’s General Authority for Statistics (GaStat).

The province has over 593,990 trees planted, representing 8.4 percent of the total number of trees in the country, said GaStat.

Al-Jouf region also produces the highest proportion of the Kingdom’s wheat, amounting to 5.27 percent of the total farmed wheat in Saudi Arabia.

The report also said al-Jouf was the top honey-producing region in the Kingdom, with over 8,853 beehives producing over 28 tons of honey. This is equivalent to 9.25 percent of the total production of honey from all beehives in the country.

Al-Jouf region is also famed for its production of olives. In 2018, al-Jouf Agricultural Development Company received a certificate of merit from the Guinness World Records as the largest modern olive farm in the world.

According to the Saudi Press Agency (SPA), al-Jouf region is home to olive trees that annually produce 10 thousand tons of olive oil.

Inside the Saudi olive farm, the largest in the world