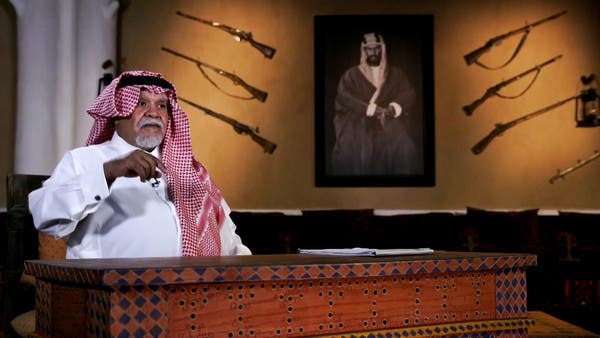 The Palestinian Ministry of Foreign Affairs and Expatriates issued a circular on Friday warning its staff against responding to Saudi Arabia’s Prince Bandar bin Sultan’s interview with Al Arabiya, according to local media reports.

The circular issued by Undersecretary of the Ministry of Foreign Affairs Ambassador Ahmed al-Deek to ambassadors, diplomats, and workers in various Palestinian embassies, included “clear instructions” not to respond to Prince Bandar based on a decision issued by Minister of Foreign Affairs Riyad al-Maliki, PalTimes reported.

The unverified document seen by Al Arabiya English warned against speaking about Prince Bandar personally or about his “history, activities, job nature, or reasons behind his statements.”

The ministry also stressed not responding in any way to the statements whether “by writing, declaring, or even signaling after his recent statements on Saudi-owned Al Arabiya,” the local Khabar Press Agency reported.

According to the local media reports and the document, “legal action will be taken against anyone who violates these instructions under any excuse or circumstance.”

Prince Bandar, who was Saudi Arabia’s Ambassador to the US for over 20 years and its intelligence chief from 2014 to 2016, recently gave an explosive interview to Al Arabiya in which he criticized the Palestinian leadership.

“[Palestinian leaders denying Saudi Arabian support for the cause] this will not affect our attachment to the cause of the Palestinian people. But with these people [the leaders] it is difficult to trust them and to do something for the Palestinian cause with them around,” he said.

His comments came in reaction to criticism of the UAE-Israel normalization deal from Palestinian Authority President Mahmoud Abbas and other Palestinian officials.

“This low level of discourse is not what we expect from officials who seek to gain global support for their cause. Their transgression against the Gulf states’ leadership with this reprehensible discourse is entirely unacceptable,” said Prince Bandar in the exclusive interview.

From Hitler to Saddam, 3 times Palestine’s leaders bet on wrong side: Prince Bandar