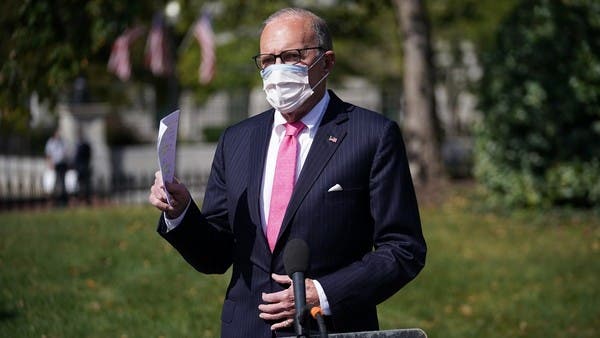 A new COVID-19 economic stimulus package proposed by the White House could still be passed despite opposition from Democrats and some Republicans, President Donald Trump’s economic adviser said Sunday.

Asked if the proposed deal was dead, Larry Kudlow told CNN’s “State of the Union,” “No, I don’t think it’s dead at all.”

“We’re asking for some targeted areas of assistance that would help this recovery. It is a V-shaped recovery, but there are key areas that could help,” Kudlow said.

“These are simple things. They have bipartisan support. We could do it as stand-alone bills, or an omnibus bill, or whatever. But I don’t understand the intransigence from my Democratic friends.”

Markets tanked on Tuesday following Trump’s abrupt move to end stimulus talks, but he made an about-face in subsequent days that saw him calling for a deal.

The White House on Friday beefed up its offer, proposing a $1.8 trillion package as Trump himself – who trails in national polls ahead of the November 3 election – said that he favored an even larger package.

But Republican Senate Majority Leader Mitch McConnell poured cold water on the chances for a deal, saying Congress is unlikely to agree on a new stimulus package before the election due to differences over how much to spend.

Democratic House Speaker Nancy Pelosi and Treasury Secretary Steven Mnuchin have been negotiating for weeks, raising hopes for a huge, new relief package. That would follow up on the $2.2 trillion CARES Act and other measures that brought the total aid passed by Congress to nearly $3 trillion.