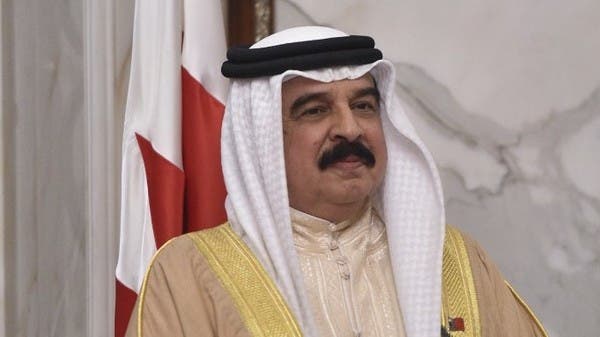 Bahrain’s King Hamad bin Isa al-Khalifa said on Sunday that his country remained committed to the Palestinian cause and that peace in the region was dependent on “reactivating” the Arab initiative.

The King stressed that the coronavirus pandemic and its economic repercussions on the Gulf country would not take away from its commitments to regional issues and international relationships.

“These emergency developments will not steer us away from pursuing our commitments to our regional issues and our international relations, and we will continue to maintain our security based on the principles of good neighborliness and to extend a hand of cooperation to immunize our societies from extremism and terrorism and thwart their threats to stability and prosperity,” he said in a speech inaugurating third-year sessions of the fifth legislative term, according to state news agency BNA.

“We reaffirm that fixing the foundations of a comprehensive and just peace in the region depends on activating the Arab Initiative that we are working to support by all means with our brothers and allies, and this is a declared and clear position for us in the Kingdom of Bahrain towards the Palestinian cause to reach a two-state solution in order to enhance security and world peace,” he added.

The Saudi-led Arab initiative offers Israel normal relations with the Arab world in return for a Palestinian state drawn along borders which predate Israel’s capture of territory in the 1967 Middle East war. It envisages a capital in East Jerusalem and refugees’ right of return.

UAE stresses return of hope for Palestinians, Israelis to work on two-state solution