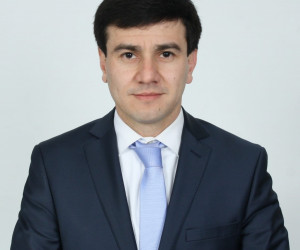 ABU DHABI, 11th October, 2020 (WAM) — The Ambassador of Tajikistan to the UAE, Sharifi Bahodur Mahmudzoda, has praised the important role played by the UAE in the worldwide fight against COVID-19 and hailed the UAE's sending a second medical aid shipment to Tajikistan.
In his remarks to the Emirates News Agency, WAM, Mahmudzoda said, "On behalf of the Tajik leadership, government, people and myself, I would like to extend appreciation to President His Highness Sheikh Khalifa bin Zayed Al Nahyan, His Highness Sheikh Mohammed bin Rashid Al Maktoum, Vice President, Prime Minister and Ruler of Dubai, His Highness Sheikh Mohamed bin Zayed Al Nahyan, Crown Prince of Abu Dhabi and Deputy Supreme Commander of the UAE Armed Forces, and the friendly Emirati people for the second batch of aid provided by the UAE to contain the coronavirus."
"The UAE's generous gesture confirms once again its pioneering role in providing humanitarian aid globally, as well as the friendly relations between the peoples of the two countries," he added.
"I am confident that, through joint efforts, we have achieved the desired result in combating this disease, and this step will lay a more solid foundation for bilateral relations and strengthen them in various fields," he noted.