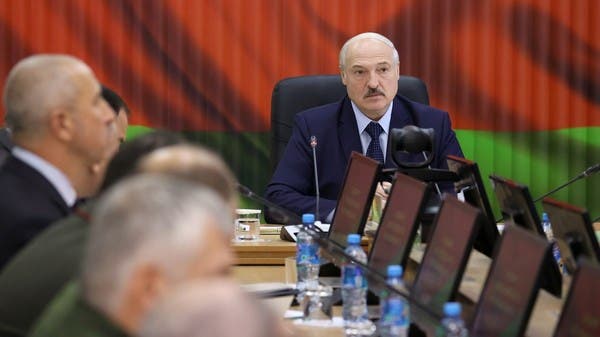 Belarusian President Alexander Lukashenko went to a jail in Minsk on Saturday to hold a meeting with detained opposition leaders, the state-run Belta news agency reported.

In a photo published by a pro-Lukashenko channel on Telegram and cited by Belta on its website, Lukashenko and eleven casually-dressed people are seen sitting at a round table decorated with flowers.

Opposition politician Viktor Babariko, who was barred from running for president in August’s disputed election and detained in July along with his son, was seen on the picture to the left of Lukashenko in the photo.

A spokesman for Babariko’s team, Gleb German, said he believed the picture was authentic but he did not know the reason for the meeting.

“Everyone is processing this information now,” he said.

All people at the table apart from the president had a name card in front of them. The only woman seen at the table was a member of opposition coordination council, lawyer Lilia Vlasova, who was detained in late August.

Belarus has seen two months of protests since a contested August 9 presidential election, in which Lukashenko claimed a landslide victory. His opponents say it was rigged to hand him a sixth term in power.

More than 13,000 people have been arrested and some later freed, while major opposition figures have been jailed or exiled in a crackdown that began even before the election was held.

Reuters could not immediately confirm the authenticity of the picture.

At the meeting, Lukashenko spoke about his proposed changes to the Belarusian constitution, according to Belta.

“The constitution can’t be written in the street,” the agency quoted the president as saying.

US waiting for internal EU agreement before sanctions on Belarus