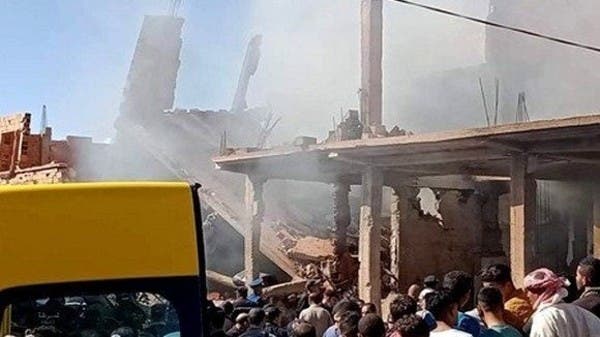 A gas explosion on Saturday killed five people and injured 16 others in the western Algerian city of El Bayadh, the civil defense said, adding that two houses were destroyed.

Rescuers sifted through the rubble of the two houses levelled by the blast to search for other possible casualties, it said, adding that six other homes were damaged.

Local media, citing an official from the electricity and gas authority, said the explosion occurred when a pipeline delivering gas to the area was damaged during construction work.

The explosion caused a fire, according to footage broadcast on television stations.

Algeria’s President Abdelmadjid Tebboune sent the ministers of health, energy and transportation to travel to El Bayadh, and ordered an investigation into the blast, the APS news agency reported.