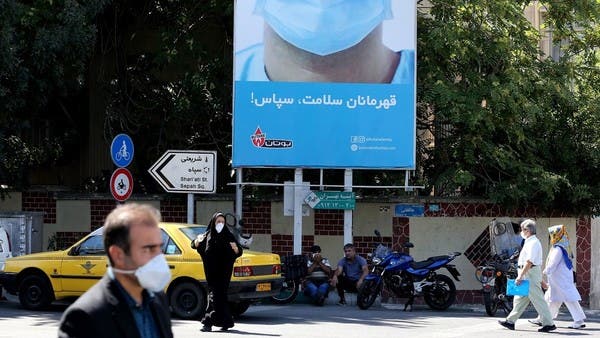 Iran will start imposing fines for breaches of health regulations in the capital, President Hassan Rouhani announced on Saturday, after daily coronavirus infections hit a record high this week.

Iran has previously held back from using fines to enforce mask wearing in public and other health protocols, but they will now be imposed in the capital Tehran, Rouhani told a televised meeting of the country’s coronavirus taskforce.

The police, the Basij paramilitary force and health inspectors will have powers to impose the fines, and offenders will have two weeks to make payment into a health ministry account, Rouhani said in a televised speech during the weekly coronavirus taskforce meeting.

Breaches punishable by a fine include refusal to quarantine while sick and failure to wear a mask in a public space or require a customer to do so.

The fines represent a not insignificant sum for Iranians who have endured a deep recession since Washington reimposed crippling economic sanctions in 2018.

The minimum monthly wage stands at around 18 million rials, worth less than $60 following a sharp fall in the value of the currency.

Iran’s daily death toll from the novel coronavirus hit a record high of 239 on Wednesday. Daily infections reached a new high of 4,392 the following day.

The virus has now killed more than 28,000 people and infected more than 492,300 in Iran, according to health ministry figures.

Tehran authorities shut most public spaces and canceled public events for a week last Saturday in a bid to contain the spread of the virus.

Those restrictions have been extended until Wednesday, governor Anoushirvan Mohseni-Bandpey told state television.