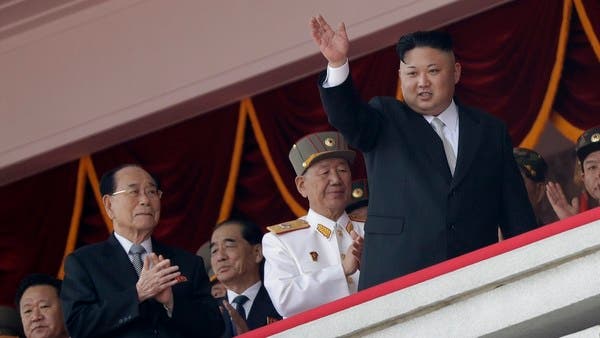 North Korean leader Kim Jong Un said Saturday that the coronavirus crisis will be overcome and the people of the two Koreas will join hands again, according to state television.

Jong Un said the comments in remarks during a military parade in Pyongyang on Saturday. He also said that he is grateful that no North Koreans have contracted COVID-19.

North Korea held a massive military parade and public rally to celebrate the 75th anniversary of the country’s ruling party.

South Korea’s Joint Chiefs of Staff had said there were signs that the North had mobilized “large crowds and equipment” for a military parade at Pyongyang’s Kim Il Sung Square during the early hours of Saturday.

In the evening, North Korean state television began airing what was apparently a taped broadcast of the event, with goose-stepping soldiers seen marching in streets in front of the brightly illuminated square.

It would be unusual for the North to hold a military parade during dark pre-dawn hours, although such conditions may provide benefits in protecting sensitive information about crucial weapons that were rolled out or creating spectacles through the use of lights.

Masked citizens earlier on Saturday lined up to lay flowers at the statues of Kim Il Sung and Kim Jong Il, the father of the current ruler, at Pyongyang’s Mansu Hill. A huge street poster highlighted the ruling Workers’ Party’s symbol — a hammer, brush and sickle — with letters that read “Best glory to our great party.”

The North’s official Korean Central News Agency said residents in Kaesong and other regions who had lost their homes to recent natural disasters marked the party anniversary by moving into newly built houses and that they praised Kim Jong Un for looking after them as “their father.”