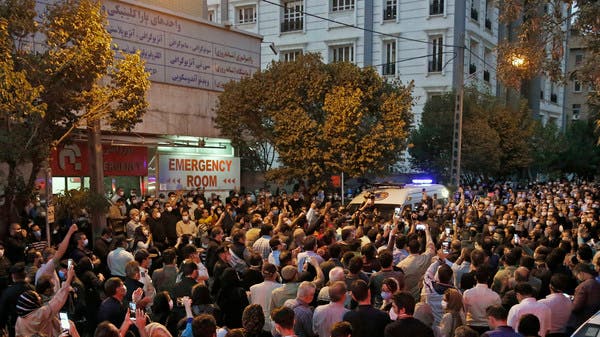 Legendary Iranian signer Mohammad-Reza Shajarian was buried on Saturday alongside the tomb of the ancient poet Abul Qasem Ferdowsi in the northeast of the country, state news agency IRNA reported.

A national treasure in his homeland, the “Ostad” – master in Persian – died at the age of 80 on Thursday in Tehran after a long battle with cancer.

His body was taken the day after to the holy city of Mashhad in the northeastern Khorasan Razavi province, where he was born.

He was laid to rest in Tus city, as willed, next to the tomb of the 10th-century poet Ferdowsi, who wrote the epic “Shahnameh,” or the Book of Kings.

According to IRNA, a crowd of “almost 150 people” consisting of his family, Iranian music icons and some of his fans were present at the burial, due to Covid-19 pandemic and the necessity of social distancing.

Watch: Fans of the late Iranian composer and singer #MohammadRezaShajarian chant “Death to the dictator” outside #Tehran’s Jam hospital, according to one video being shared on social media.#Iranhttps://t.co/ckAcxYxzRI pic.twitter.com/IotDfXcnq1

But hundreds of others gathered outside the tomb complex and mausoleum, singing the maestro’s songs and watching the burial on large television screens, the agency said.

His son, Homayoun, thanked the participants for attending his father’s ceremony “despite the difficulties.”

IRNA said the police and municipal security forces were there to “ensure the safety” of the burial.

Shajarian maintained difficult relations with the authorities in Tehran throughout his career, first under the reign of the shah and then with the Islamic republic.

Shajarian’s death made the front pages of most Saturday newspapers, both conservative and reformist, and even the sports press, with some devoting exclusive front page reports to the maestro.