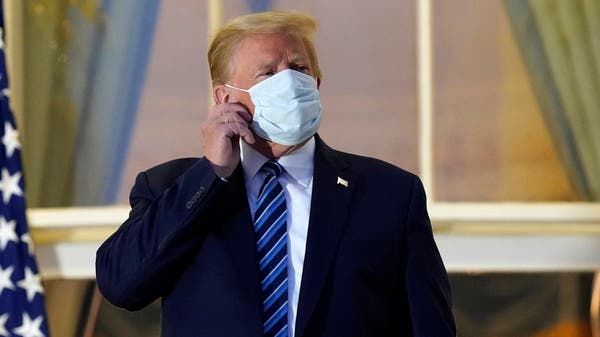 US President Donald Trump, itching to get back on the election campaign trail after being sidelined by a COVID-19 infection, will begin by delivering remarks to supporters at the White House at an outdoor event on Saturday.

A White House official said Trump will address the crowd from a balcony on a “law and order” theme. A source familiar with the situation said the crowd could be in the hundreds, and all were expected to wear masks.

He will then head to Florida for his first public rally on Monday, according to his campaign.

Questions remain about whether Trump, who announced on Oct. 2 he had the virus and spent three nights in a military hospital, is still contagious.

The illness has kept the Republican president from holding public rallies and attending fundraisers at a critical juncture of the campaign. He trails Democratic rival Joe Biden in opinion polls with just weeks to go before the Nov. 3 election.

White House spokeswoman Kayleigh McEnany said the president was hard at work and ready to go as soon as he got approval from his doctor, telling Fox News, “He wants to talk to the American people, and he wants to be out there.”

Trump and his administration have faced criticism for their broad handling of the pandemic, as well as for a lax approach to mask-wearing and social distancing in the White House and – in recent days – confusing messages about how ill the president has been.

“There are medical tests underway that will ensure that when the president is back out he will not be able to transmit the virus,” McEnany said, adding Conley would lay out the details later. “He won’t be out there if he can transmit the virus.”

Trump was scheduled to do an on-camera interview with Fox News on Friday night, his first since being diagnosed. Fittingly, given Trump is a former reality television star, Fox said in a press release that Dr. Marc Siegel “will conduct a medical evaluation and interview during the program.”