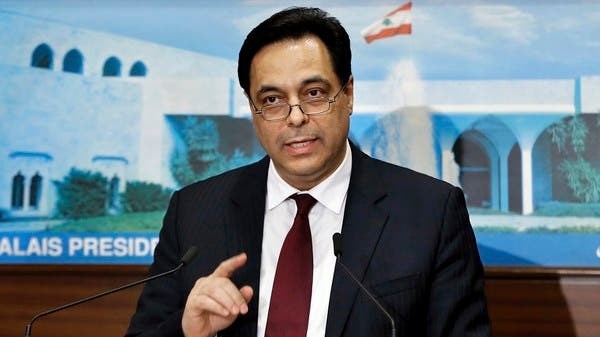 Lebanon’s outgoing prime minister on Friday adamantly rejected any move to end subsidies of goods in the crisis-hit country, warning it would lead to a “social explosion” as the central bank’s reserves dwindle and the local currency continues to drop, throwing more Lebanese into poverty.

Caretaker Prime Minister Hassan Diab, who resigned in August — days after a massive blast in Beirut’s port killed almost 200 people and wounded thousands — warned that the “Lebanese are passing through a difficult period amid divisions” between political and sectarian groups at the expense of the people.

He urged politicians in the corruption-plagued country to overcome their differences and form a new Cabinet that would quickly work on dealing with the crisis.

Lebanon is mired in the worst economic and financial crisis in its modern history. It defaulted on paying back its debt for the first time in March, and the local currency has lost nearly 80 percent of its value amid hyperinflation, soaring poverty, and unemployment.

Talks with the International Monetary Fund on a bailout package have stalled since July.

The Labor Union called for protests next week against any move by the central bank to end subsidies.

Diab said that had his government not decided to default on paying back the massive debt, the central bank’s reserves would have dropped $5 billion, to $17.5 billion. He added that Lebanon paid $4 billion to subsidize imports of fuel, wheat and medicine — and the figure could reach $7 billion by year’s end.

“The central bank, along with all those who support or cover such a decision, shall bear the responsibility for any move toward lifting subsidies,” Diab said in a televised speech. He warned that such a move “will generate a social explosion with disastrous consequences.”

Some officials have said that in the next few months, the Central Bank is expected to end subsidies on basic goods. Since the local currency’s collapse, the bank has been using its depleting reserves to support imports of fuel, wheat and medicine.

President Michel Aoun has called for binding consultations with members of parliament next week to name a new prime minister.

Prime Minister-designate Mustapha Adib resigned in late September, following a disagreement on the shape of the government, a month after he was chosen to form a new Cabinet.